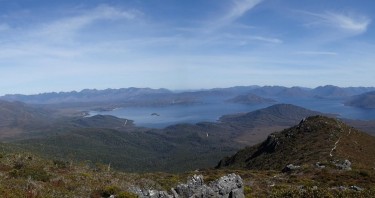 There are fears job losses will impact on world heritage development plans as the Tasmanian Parks and Wildlife Service looks to absorb a $2.5 million funding cut by the Tasmanian Government.

The ABC has reported that an email to staff has outlined six strategic options the service has for finding savings, including managing employees who are no longer required, reviewing agency services and re-profiling and redesigning the workplace.

Lynch told the ABC “I understand that across the board this represents about a 10% cut in the staff (at) Parks and Wildlife and that will really hurt.”

The news comes a week after the Tasmanian Government released its draft management plan for low-scale tourism in Tasmania's World Heritage area.

That will involve the Tasmanian Parks and Wildlife Service taking on more responsibility to respond to the increased number of development applications.

Tasmanian National Parks Association Secretary Nick Sawyer said the organisation was already under strain, telling the ABC “it's already stretched to breaking point ... I just can't see how it's going to cope with further staff cuts."

Staff have been given four weeks to apply for a voluntary redundancy.

After that the Department could identify other positions to be cut.

In a statement, Tasmanian Environment Minister Matthew Groom said the Tasmania Parks and Wildlife Service would still be able to deliver its core business.