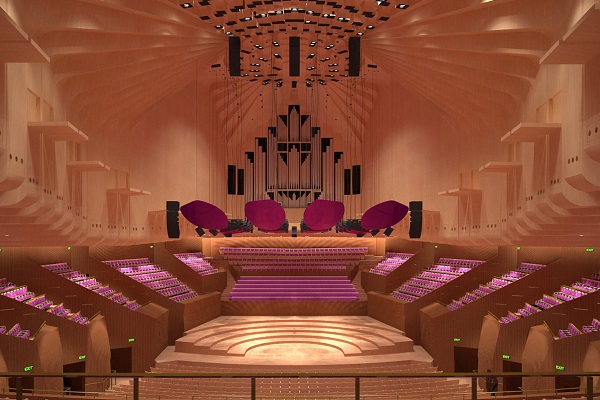 Tomorrow night’s performance by the singer Solange at the Sydney Opera House’s concert hall will be the last event that the venue hosts for two years, with work set to commence on a $150 million upgrade to the space.

The concert hall, the largest performance space in the Sydney Opera House, will undergo its first major renovation since its opening in 1973 as part of the venue's multi-million-dollar “decade of renewal” capital works program.

Projected to be complete before the World Heritage-listed landmark reaches its 50th anniversary in 2023, the renovations will include new state-of-the-art theatre machinery and staging systems to ensure the venue is better equipped to present a range of performances, improvements to ensure higher quality sound, the enhancement of access for people with mobility needs and upgrades to behind-the-scenes working spaces for staff.

The upgrades will transform the audience and performer experience and ensure the concert hall can switch between moods and modes as seamlessly and efficiently as possible. Specially designed new above-stage acoustic reflectors and reorientated box fronts with a new acoustic diffusion will better distribute sound to performers on stage and to audiences in all parts of the hall. A new, lower stage will improve access from backstage and sightlines to the stage and the installation of automated stage risers will improve audience sightlines and accommodate a variety of orchestral configurations. 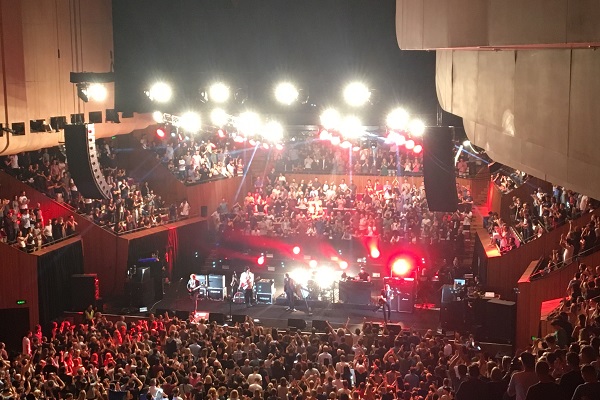 Renewal works are being undertaken in line with the Opera House’s Conservation Management Plan and Danish architect Jørn Utzon’s design principles, and with respect to the original interiors of architect Peter Hall, who completed the Opera House after Utzon departed the project.

When complete, the most noticable change in the 2,500-seat space concert hall, will be the installation of the new acoustic reflectors that will replace the distinctive clear acrylic ‘doughnuts’ conceived by Hall and Dr Vilhelm Jordan to solve the acoustics challenges presented by the uniquely-shaped venue.

The concert hall, which was originally intended to be a more versatile theatre for opera, has come under fire for its acoustics with actor John Malkovich notably stating in 2014 that the venue had “acoustics that would do an aeroplane hangar a disservice”.

Explaining that it is vital that the venue and its stages continue to evolve along with the needs of the community it serves, Sydney Opera House Chief Executive, Louise Herron explains “renewing the concert hall will enable us present an even broader and more ambitious program of classical and contemporary art in a venue that is more accessible, safer and better equipped

“This is a historic moment for the Opera House and we are incredibly grateful to the NSW government for its support and to everyone involved in making this project possible.” 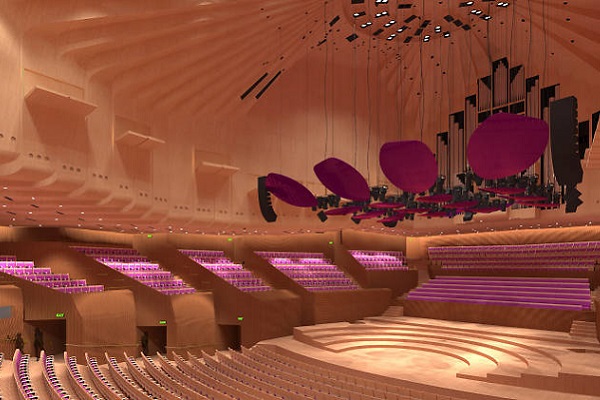 While works are under way, the Opera House will also start the final project in its decade of renewal, transforming office space in the building’s north-western corner into a new centre for creativity.

Taylor Construction and Waagner-Biro Stage Systems will carry out the works.

While works on the concert hall are underway, the Opera House’s Head of Contemporary Music, Ben Marshall, is keen to remind audiences that the venue is still open, commenting “there are six other internal venues unaffected by the Concert Hall renewal.

“Every major performance venue needs to close from time to time to undertake upgrades, and it’s no different for us.”

Images: Renderings what the concert hall will look like after the biggest upgrade in its 46-year history (top and below), the concert hall, the largest performance space in the Sydney Opera House, has hosted increasingly diverse performances in recent years, including rock band Kasabian in 2017 (middle).