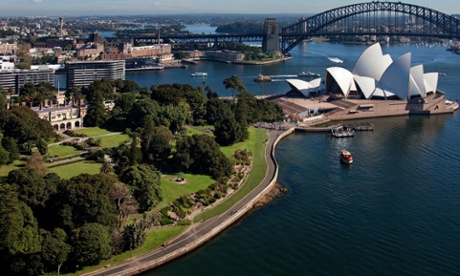 Australian icon the Sydney Opera House is considered internationally as a more "relevant and esteemed" brand than 'Brand Australia' itself, according to a new report by Deloitte released for the 40th anniversary its construction.

The Opera House, which contributes $775 millio to the national economy each year, where the experience of performances are valued at 38% more than ticket prices, remains the key asset in attracting tourist dollars to Australia.

Deloitte Access Economics partner and co-author of How do you value an icon?: The Sydney Opera House - economic, cultural and digital value 2013, Dr Ric Simes explains "more than half of surveyed tourists for the report from China, the USA, UK and New Zealand, said the Opera House was their main reason for visiting Sydney.

"As we identified in our recent 'Building the Lucky Country' report, tourism is set to double in size in the next 20 years, with Asia's expanding middle classes fuelling the growth.

"The Opera House is a key attraction for them and other visitors to Australia."

Among early adopters and innovators over 40 years of age, it's considered the most distinctive brand in the country, ahead of Apple's iPhone.

The report also found that for the same audience, "its uniqueness ranks second only to the brand of Australia itself".

However, internationally, it's considered as more relevant and esteemed overall than the national brand, with the Deloittes report adding "this demonstrates the critical and dynamic role Sydney Opera House plays as an aspect of Australia's international appeal now and in the future."

"Forty years ago it was one of the biggest, bravest ideas we'd taken on as a nation, employing multiple new technologies and techniques, sourcing global design talent, and always likely to take a few government cycles to complete. Today, it's repaid the faith Australia had in it; nothing else in Australia commands the same degree of universal admiration or affection as the Opera House. The brand and economic research now backs up what many Australians have known for years."

The report also analysed the Opera House as a digital entity, finding that it currently has a significant digital footprint, with scope for even greater digital impact in the future.

• The Sydney Opera House has online digital reach of 128 million, 93% of which comes through Facebook.
• Since 2009, over 600 pieces of video content have been created, from exclusive interviews, behind-the-scenes footage, live streamed and recorded full performances to the production of award-winning music video.
• In the last financial year, 4.2 million people watched video of Sydney Opera House performances online via YouTube and the House's own Play channel.
• Based on the Deloitte research, future viewings of online performances could grow to 94 million per year.

The Deloitte report has been welcomed by pro-development lobby group the Tourism & Transport Forum (TTF), with TTF Executive Director Adele Labine-Romain saying that the value of the Sydney Opera House is significant, but not surprising.

Labine-Romain stated "as a global icon, the Sydney Opera House is a critical brand for the Australian tourism industry, attracting visitors from around the world.

"It is one of the most recognisable buildings in the world and is instantly linked with Australia by people across the globe, making a massive contribution to our national brand and identity.

"It may be the Sydney Opera House's birthday, but it's the Australian visitor economy that gets the presents.

"Contributing $775 million to the national economy every year and supporting more than 8,400 direct, indirect and tourism jobs, the Sydney Opera House is extremely valuable to the visitor economy.

"This will in turn allow the Sydney Opera House to continue to attract tourists from around the world, supporting jobs and businesses in the visitor economy.

"With the mining investment boom waning, sectors like tourism will be called on to provide the economic growth that will help deliver future prosperity for Australia and the Sydney Opera House will play a critical role."

Click here to view the Deloitte report How do you value an icon?: The Sydney Opera House - economic, cultural and digital value 2013.