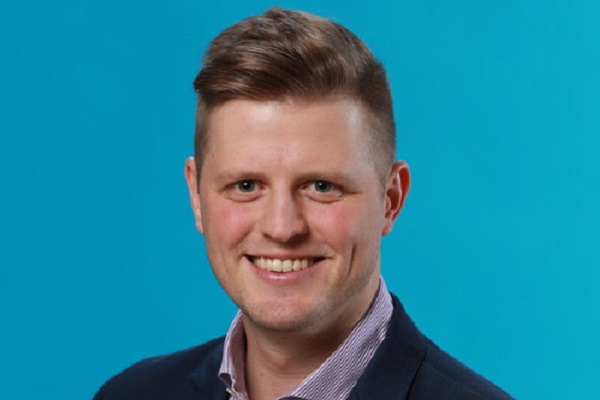 The Sydney Kings have announced that Chris Pongrass is to take on the role of Chief Executive, brings with him a wealth of basketball and commercial knowledge that he will apply to capitalise on the success the NBL club enjoyed on and off the court this season.

Originally from Sydney, Pongrass joins the Kings after spending the past six seasons with the Memphis Grizzlies of the NBA, most recently in the role of Director of Basketball Operations.

The appointment will see Kings interim Chief Executive Paul Kind, who has led the organisation for the past nine months, resumes his role as Chief Executive of TSE, but remaining involved in the Sydney Kings in his capacity as a co-owner.

Kind said he was very pleased with the decision the club had come to, and commented on the number of highly credentialed applicants that been part of the process. It highlights the respect and recognition which the National Basketball League now holds both in Australia and internationally in sport.

Kind advised “after an extensive search and interview process it was felt Chris was the best fit for the business of The Sydney Kings with a diverse set of skills attuned in the NBA, but with a strong understanding of Australian business practice and culture.

“This season we set aggressive targets for the Club which saw us deliver on record crowds, membership and corporate sales results that have set up the foundations to drive further growth. We’re in a very exciting phase right now and Chris and will be instrumental to taking the Kings to the next level.”

In his new role, Pongrass will be responsible for managing all key functions of the Kings organisation including business operations, development, strategy and basketball operations. Following one of the club’s most successful seasons, he will be charged with continuing this success with his extensive NBA experience, a keen understanding of both business and basketball strategy, and a team-first philosophy to leadership.

During his tenure with the Grizzlies, Pongrass was part of two 50-win regular seasons and four consecutive NBA playoffs runs, including a trip to the 2015 Western Conference Semifinals. He managed all aspects of the Grizzlies basketball operations and presided over the team’s G League affiliate, the Memphis Hustle. Pongrass was heavily involved in selecting Jaren Jackson, Jr. with the fourth overall pick in the 2018 NBA Draft, as well as a number of marquee free agent signings, including Mike Conley and Marc Gasol.

Commenting on his appointment, Pongrass stated “it is a privilege to be named the Chief Executive Officer of the Sydney Kings, and I am incredibly grateful to Paul Smith and Paul Kind for this opportunity.

“Their confidence, support and long-term commitment to this team is unwavering and I look forward to joining one of the most recognised sports and entertainment brands in Australia. It is an exciting time for the Kings and I am committed to developing a culture of success and creating a championship organisation from the top down.”

Pongrass will return to Australia at the beginning of April to commence the role.