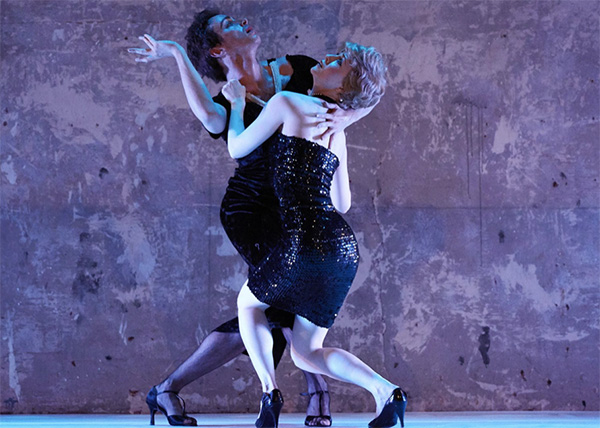 Sydney Fringe has today announced the full program for the inaugural Global Fringe developed in partnership with Brighton Fringe, New Zealand Fringe, Stockholm Fringe, San Diego Fringe and Hollywood Fringe in which a digital and in-person offering at the Old 505 Theatre, Newtown will be presented each Wednesday for the month of September.

Global Fringe will present a digital multi-show event premiering Sydney made and award-winning works from leading Fringe festivals around the world.

Sydney Fringe Chief Executive Kerri Glasscock advises “Global Fringe has an amazing range of talent across comedy, physical theatre, cabaret and more, we have scoured the Globe for the most heart stopping, extraordinary shows we could find. Whether it’s from their living room or back in the theatre (fingers crossed!) we can't wait to share these incredible shows with our audiences.”

The digital Global Fringe Gala night will be hosted live from The Old 505 Theatre by a master of ceremonies with exclusive interviews with special guests from the international Fringes. These multi-show events will include a live streaming of the Sydney work performed that night at The Old 505 Theatre and two international works, recorded professionally with one headline show streamed live from the Stockholm Fringe. International headliners announced today include:

●Two works by acclaimed UK based dance duo Thick and Tight, known for pairing together famous faces whose paths would never have crossed in real life to reveal something about human nature through imagined encounters.

●Italian American duo My Homeless Lover’s Pasta e Lava, composed of both instant composition and set material, is a sisyphean cycle of creation, conflict, destruction and rebirth and physical parable of human progress and power struggle

Following the Gala event the professional recordings of each show will then be made available for streaming, for a nominal donation, until the following Sunday on the Sydney Fringe website. Local made shows will also perform in-person Thursday-Saturday each week. Further detail is available on the website but the outline for each event is as follows:

Sydney Fringe is regularly assessing changes to the Government health advice and will update the public should there be any significant update impacting Global Fringe.

Image: The Princess and The Showgirl, Thick and Tight. Credit Judita Kuniskyte.