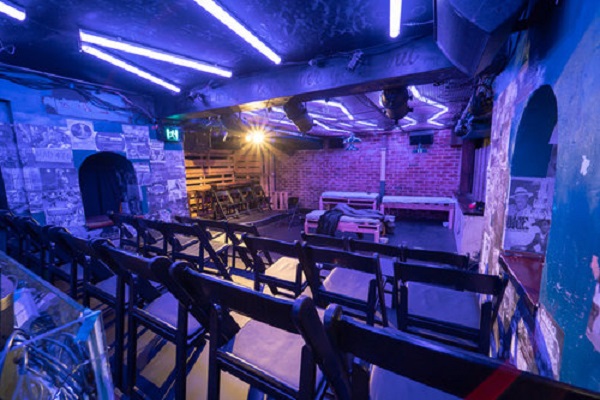 One of Sydney’s best known night clubs, The World Bar in Kings Cross, has reopened as a Fringe HQ, a multi-level arts hub, following a $120,000 funding boost to the Sydney Fringe Festival.

The pilot project, which will run for six months, will allow the Festival to reopen the infamous venue with four low-cost performance spaces across three levels, providing a home for emerging artists to develop their craft and for established artists to test out new ideas.

A hospitality tenant will occupy the ground floor.

Sydney Lord Mayor Clover Moore and NSW Minister for the Arts Don Harwin made the announcement today, with Lord Mayor Moore advising that the project could generate a viable business model for other creative organisations looking to activate new, permanent performance space in the city.

She advised “finding affordable inner city space for artists is a huge challenge.

“We are delighted to be working with the Sydney Fringe Festival, NSW Government and Greencliff to make Fringe HQ possible, including a $50,000 investment from the City of Sydney.”

Minister Harwin added “this is a great example of State and Local Government delivering on the Night-Time Economy Roundtable Action Plan. It aligns with our Cultural Infrastructure Plan 2025 and promotes the re-use of existing infrastructure.

“Strategic partnerships like these are a great way of breathing new life into adaptive spaces across the city, so I’m delighted that our investment of $70,000 can contribute to this activation that showcases our vibrant and diverse arts sector.

“The Sydney Fringe Festival has a great history of activating underused spaces so it’s fantastic to help add Fringe HQ to its offering and increase both artist access to space and audience access to such a wonderful range of cultural experiences.”

Lord Mayor Moore went on to advise “we have a responsibility to help artists access creative space in the heart of the city and to support them to explore financially viable models in the pursuit of permanent creative space.

“In our submission to the ongoing parliamentary inquiry into Sydney’s night time economy, we recommended that the NSW Government explore innovative public-private partnerships with the aim of opening up more creative spaces for artists. While the committee’s report is due next month, I am hopeful this pilot project will prove a successful model for governments, property owners and the arts sector working together well into the future.

“The Fringe HQ will be a welcome addition to a growing theatre precinct in Kings Cross, where the Hayes Theatre, SBW Stables Theatre, Kings Cross Theatre at Kings Cross Hotel, and the Old Fitz proudly operate.”

The City of Sydney has provided cash and in-kind sponsorship for the festival each year since its inception in 2010, which has boosted the festival’s growth and development. The City also funded a pilot project in 2015 to activate vacant retail space as temporary performance venues for use by the festival’s artists. This provided several projects with unique access to temporary space each year during the festival and for creative activities between festival periods.

The City’s current triennial sponsorship of the festival is valued at $220,000 cash plus $50,000 in-kind. At its meeting on 11 March, Council approved a one-off grant of $50,000 cash towards the start-up and establishment costs of Fringe HQ.

Each year the festival features more than 2,000 independent artists at more than 60 venues.

The festival runs each year from 1st to 30th September.