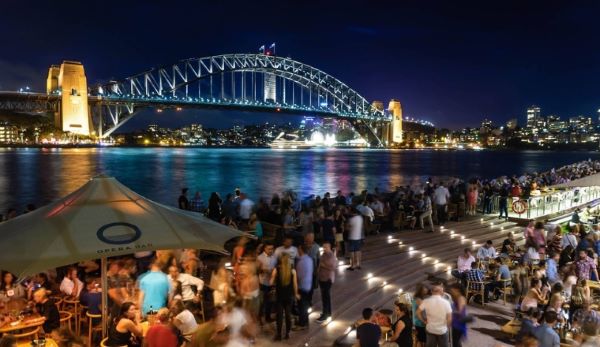 Since the NSW Government's introduction of lockout laws in 2014, new data from the City of Sydney has today revealed almost 500,000 fewer people under the age of 35 are visiting the city each year.

Lord Mayor Clover Moore said the impact of the lockout laws on the city’s cultural life and night-time economy has been devastating, and it is time for the lockouts to go.

She followed “in 2014 I warned the State Government that its lockout laws would have a devastating impact on the night-time economy, and recommended a review of the lockout experiment after one year. Six years later, I’m sad to say these predictions were accurate.

“The collateral damage has been devastating. Scores of small bars, live music venues, well-managed clubs and pubs have closed –  not to mention a reduction in business diversity, with 50% fewer restaurants and only 9% of entertainment business trading beyond midnight.”

The City of Sydney’s submission supports the removal of the 1:30am lockout and 3am cease service rules, and the requirement for venues in Kings Cross to operate expensive ID scanners – but advocates that these changes be made in the context of broader reform of transport, planning and liquor licensing.

Lord Mayor Moore added “in 2014, our city community faced a very real and serious problem with alcohol-related violence in Kings Cross and the CBD.

“But the lockout laws were a sledgehammer to crack a nut, when what we needed were sensible, evidence-based solutions to problems that are faced by all global cities.

“The good news is that the parliamentary inquiry offers an opportunity to revisit these options, remove the lockouts and bring in other measures that make global cities work.

“We need 24-hour trains and other public transport to ensure people can get home quickly and safely late at night, like in Melbourne and London. We need to further strengthen liquor licencing to provide incentives for good management and penalties for poorly managed venues, and we need policies that encourage venues to spread out across the city, rather than concentrating them in areas like Kings Cross.

“The City of Sydney’s night-time economy is worth more than $4 billion to the NSW economy and employs over 35,000 people. Removing the lockouts would send a strong message to the sector that the NSW Government truly values its artists, musicians, and entertainment and hospitality sectors, as well as their value to our state’s economy.”

• Remove the liquor freeze, 1.30am lockout and 3am cease service provisions, and replace them with new regulations to manage cumulative impacts and prevent saturation, considering: anti-clustering mechanisms to manage concentrations of high-impact licensed premises; and limitations on the number and types of licensed premises permitted within an area to encourage a diversity of licensed and non-licensed premises.
• Establish a NSW Government night-time economy office to develop and deliver a NSW night-time economy strategy, with the support of a Steering Group comprising Agency heads, an industry advisory group, City of Sydney and local government representatives.
• Establish provisions within the Liquor Act to automatically revoke a liquor licence in a saturation zone on cessation of the operation of a business, and retention of the 1.30am lockout and 3am cease service provisions for businesses who fail to comply with the Liquor Act.
• Regulatory authorities should review the existing system to streamline and integrate the planning and liquor licence approvals process, to remove duplication and create a single application, public consultation and plan of management.
• Support the City’s open and creative reforms, including the agent of change planning reform, and our broader goal of streamlining the approach to noise regulation, to provide greater clarity and certainty for residents and businesses.
• Remove the requirement for operation of expensive ID scanners in venues in Kings Cross.
• Review the annual liquor licence fee scheme to ensure the fee structure, in particular the trading hours and compliance loading levies, does not act as a disincentive for businesses.
• Extend train and light rail services 24-hours on Fridays and Saturdays, like in Melbourne and London.
• Establish a nightlife business forum that brings together government and industry to partner on problem solving and engage on the strategic direction for Sydney’s night-time economy
• Establish new pathways for delivering cultural infrastructure, including innovative private-public partnerships with a focus on smaller-scale creative facilities in night-time precincts and neighbourhood centres.

Hearings will be held on 5th, 9th and 12th August, and the committee will report to Parliament by 30th September.

Click here to view the City of Sydney’s submission.