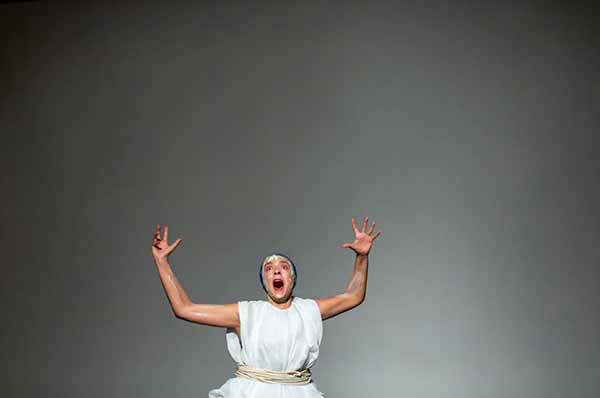 The inaugural program developed in collaboration with leading international Fringe Festivals from around the world includes award-winning acts from USA, UK, New Zealand and Australia.

The digital platform will premiere five Sydney produced and eight international events by leading Fringe Festivals from around the world, with each production to be professionally recorded and streamed to audiences globally.

Sydney Fringe Chief Executive, Kerri Glasscock notes “the performing arts sector has been hit hard over the past six months and we’ve been forced to re-examine the very foundations of live performance business models and meaningful ways to bring our artists and our audiences together digitally.

“We are excited to partner with some of the world’s most respected Fringe Festivals to present this new digital model of Fringe in the unique circumstances we find ourselves in this year. We are also delighted to be able to support five Sydney made works by leading local artists, we look forward to sharing these amazing works with Sydney audiences be they in their living room or in person if possible, either way Global Fringe is a fantastic opportunity for audiences to engage with and support artists from Sydney and across the world!.”

●      Twin Peaks meets Serial in Zanetti Production’s award-winning New Zealand mystery The Basement Tapes which combines physical performance with the imaginative capabilities of audio recording as a girl discovers a series of mysterious tape recordings made by her late grandmother.

●      Mr Yunioshi, written and performed by US based artist J Elijah Cho, a solo comedic show that aims to explore the controversial topics of yellow-face and “colourblind” casting as it follows actor Mickey Rooney and his attempts to create his character for Breakfast at Tiffany’s.

●      UK based trio TOOT’s Be Here Now combines a soundtrack of ‘90s classics, suspect dance moves and teenage nostalgia to examine how music seeps into our lives and celebrates the irresistible power of pop.

The Sydney Made program includes:

●      Physical theatre company Clockfire present their new production We, the lost company, a poetic tribute to the migratory nature of the ocean and the power of recollection, inspired by Brett Whiteley’s beach paintings.

●      A Murder Story Retold by Ninefold is the telling and retelling of a suburban revenge killing told three times with a narrative that warps and shifts according to music from Max Richter’s re-compositions of Vivaldi’s Four Seasons.

●      Part monologue, part performance art and part essay, award-winning author Oliver Mol's theatrical debut Train Lord is a true, funny and heartbreaking tale about a 10-month migraine, his recovery in Brisbane and job on the railway when he couldn't do anything else.

●      Our visions begin with our desires - Chapter 2 by Black Birds, a Sydney based company created in response to the lack of representation & misrepresentation of Womxn of Colour in the Australian arts industry, uses the premise of the ever-popular Real Housewives series to play with the perception of the modern bla(c)k woman on reality television.

Further programming will be announced in the coming months.