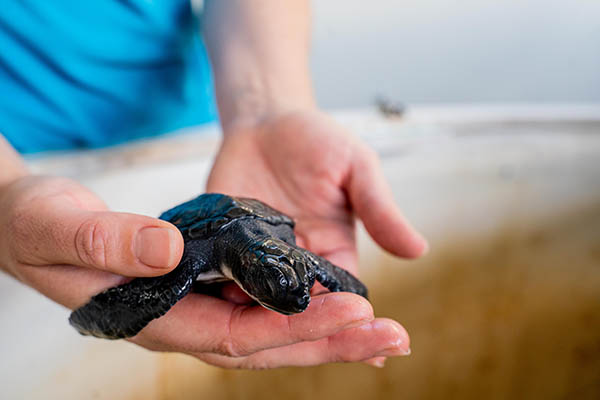 Turtle populations are in a global state of decline, due to factors including boat strikes, plastic pollution, and climate change. SEA LIFE Sydney Aquarium’s dedicated Animal Rescue team hope to make a difference to local turtle populations and urge the public to get in contact if they spot a sick or injured sea turtle in the wild.

During a break in the rain on Sunday 21st March, the Jones family from Maroubra took a beach walk to see if any unusual shells had been washed up. To their surprise they found a struggling baby Green Sea Turtle measuring just 10cm. 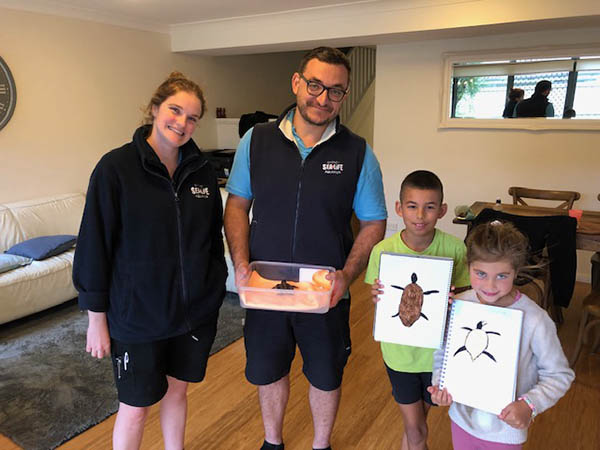 Danny Jones along with his children, Archie aged nine and Jazzy aged seven, affectionately named the turtle, ‘Lucky’ in the hope they could save its life, and they certainly did.

After a quick internet search, Danny found the details for SEA LIFE Sydney Aquarium’s Animal Rescue Centre and within an hour, the team were at his home to collect Lucky.

Saskia McDonald, Aquarist at SEA LIFE Sydney Aquarium and member of the Animal Rescue Team has urged the public to keep an eye out for injured wildlife, especially following wild weather or storms.

McDonald notes “when Lucky came into our care, it was fighting for its life. It’s likely that the weather system off the NSW Coast in March created hazardous ocean conditions that Lucky couldn’t compete with. Exhaustion would have hit, which would have seen Lucky and other baby turtles washed ashore.

“This World Turtle Day, we are really pleased to share that Lucky is now making great progress – weighing just 51g on arrival, it’s gaining weight at a good rate - now 75.4g and is 11.5cm long. When our vets are happy with its condition and the weather is suitable, we will release it back into the ocean, close to where it was found.”

Lucky is still only ten weeks old which is too young for the team to determine the sex. 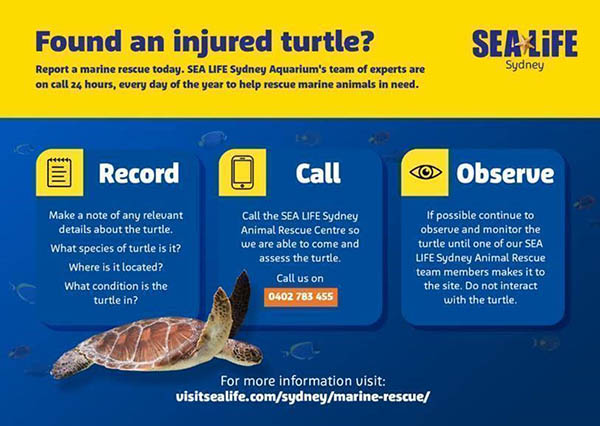 If you spot any turtles that are injured, struggling or have been washed onto a beach, please contact the SEA LIFE Sydney Aquarium Animal Rescue Centre.