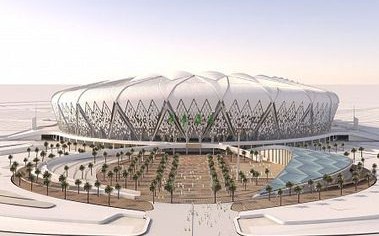 Saudi Arabia’s King Abdullah has ordered the construction of a further 11 stadia across the country, just weeks after the opening of the 60,000-capacity King Abdullah Football Stadium in Jeddah.

The stadia, each with a minimum capacity of 45,000, will be built in the provinces across the Middle Eastern nation, in Madinah, Al-Qassim, Eastern Province, Asir, Tabuk, Hail, Northern Border Region, Jazan, Najran, Baha and Al-Jouf.

King Abdullah Football Stadium will be used as a template by which the stadiums will be built by Saudi Aramco, the Saudi Arabian Oil Company.

There are currently 23 large stadiums in different regions of Saudi Arabia, according to Saudi Press Agency, adding that the King’s decision was based on his support for the country’s youth and desire to achieve balanced development for all regions.

The design of the King Abdullah Football Stadium includes modern features and capabilities, aligned with the requirements of world football governing body FIFA, which Saudi Arabian authorities hope will help the Kingdom attract regional and international sports and entertainment events.