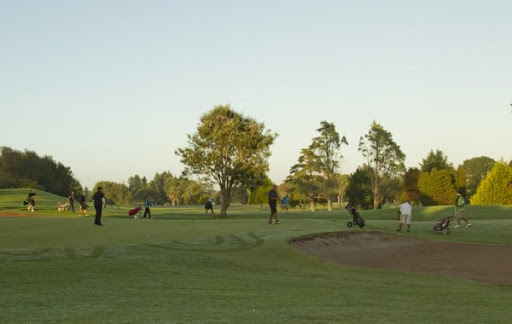 A risk assessment has resulted in the temporary closure of three holes at Auckland’s Chamberlain Park Golf Course following reports of golf balls striking vehicles travelling on the nearby North-Western Motorway.

The risk has been assessed as extreme as it is likely to result in serious harm or fatalities which has led to the closure.

Kim O’Neill, Acting General Manager for Auckland Council’s Community Facilities advises “golf balls hitting vehicles on the motorway is something that we take very seriously. Until we can work out a long-term practical solution the best thing to do to ensure public safety is to close the three holes.”

Between December 2020 and February this year, there were three incidents of golf balls hitting vehicles travelling on the motorway. There have been reports in the past but the increase in number in close succession led to the decision to close the three holes with immediate effect.

Most cases resulted in damage to the body of the vehicles, but in one of the incidents a golf ball struck and damaged the windscreen of a vehicle.

O’Neill says it is this danger that has led to the immediate closure and notes “we were concerned that this could led to serious harm to people, so the decision was made to act now.”

The closed holes were identified as being the most likely to result in golf balls on the motorway due to the direction of play.

Attempts to reduce the risk of balls landing on the motorway were already in place, including moving tees to change the angle of potential golf swings. These changes had been made on the advice of a golfing specialist.

Whilst no incidents were recorded between March and November 2020, the number of reported incidents in a short space of time showed that the measures were not working.

A further report looking at the trajectory of golf balls from the golf course was obtained and resulted in the closure of the three holes.

Auckland Council’s Community Facilities, which operate the golf course, will investigate options to address the closures and prepare a report to the local board.

Albert-Eden Local Board governs Chamberlain Park and will make the final decision on the best way forward once that report is submitted to them.