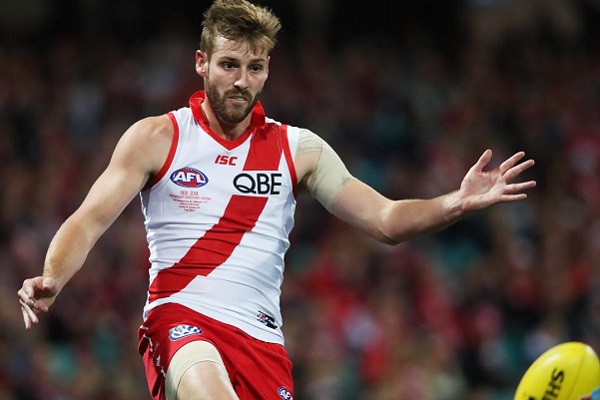 Former Sydney Swans star Alex Johnson, who was forced to end his AFL career prematurely as a result of a series of knee injuries, is now the owner of two soon-to-open Infinite Cycle studios in metropolitan Melbourne - in Armadale and Brighton.

Johnson, who first played for the Swans as a teenager in their Championship season in 2012, had his career halted after suffering an anterior cruciate ligament injury to his left knee, which led to him enduring six knee reconstructions and 12 operations over a period of six years.

However, after a gap of 2,136 days between matches he returned to play for the Swans at the age of 26, only to sustain an injury to his right knee only 22 minutes into his first return match at the MCG.

During the almost three years that followed where Johnson was unable to run, he took up road cycling and indoor cycling as a way to maintain his fitness.

As a he explains “it was mainly for rehab because cycling enabled me to maintain my fitness without causing further injury to my knees as it took the pressure off my joints.

“Stationary bikes really helped because I could still train with my team, but at the same time it allowed me to fully control the workout. Being out on the road you don’t always have control over the intensity of the workout, unless you’re doing laps of a park or something; it's hard to map out a specific route that will meet specific training needs. When you’re on a stationary bike though, you can increase heart rate by adding hills or sprints or whatever you want, whenever you want them.” 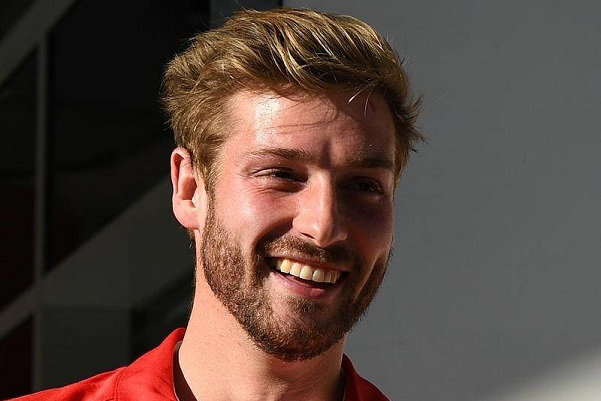 He then met with Damien Bain who heads the franchise arm of the business, and, after two months of lengthy discussions, he signed up to launch his first two sites 2021.

Johnson advises “cycling is such a big deal for me now. And I love it even more because it doesn’t exclude anyone because it’s got a low risk of injury, which means people of all ages and abilities can come along; it has an immensely broad appeal.”

Passionate about health and fitness space, Johnson is encouraging others to join him and hopes to inspire people to keep up their training and get the results they seek.

Seeing this as a natural progression for his career, he advises “the power of physical fitness correlates directly to mental fitness.

“And with all that’s been going on this year, health and fitness of the mind and body has never been more important.

“Coming out of footy and dabbling in coaching, the opportunity to open up Infinite Cycling studios in Melbourne was just too good to pass by. Being able to bring this unique fitness concept to Melbourne, and the potential for growth being so massive, made the decision a no-brainer. 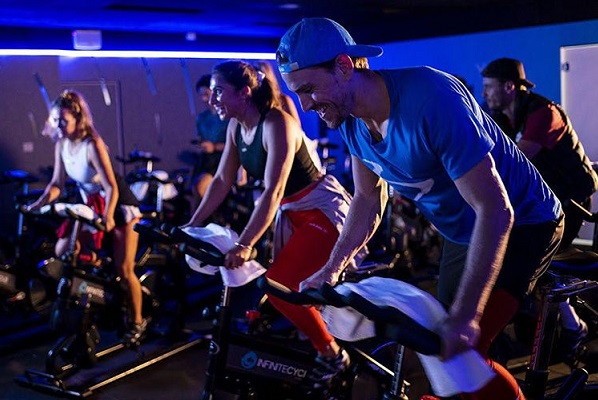 “This year, people’s fitness habits and routines have been broken as a result of all those months of lockdown; so people will be looking for a fresh new approach to kickstart their year with healthy habits. This is why I’m launching our two new studios - to give people the opportunity to try something they’ve never seen or tried before - to change up their routine, and remind themselves that exercising and staying active needn’t be boring or mundane. At Infinite Cycle, it’s quite the opposite - we’re all about putting the ‘fun’ into exercise, but also challenging people so they can achieve their fitness and health goals.

“There’s a massive cycling culture in Melbourne already, but the local weather doesn't always favourably lend itself to cycling outdoors. And in the post-COVID climate, big box gyms or studios that offer training where equipment is passed from person-to-person, may hold less appeal for some our now sensitive-to-sanitisation exercisers. In contrast, indoor cycling uses just one piece of equipment, and when set up in a studio environment it’s far easier to maintain stringent cleaning procedures and optimum hygiene and safety standards

“People are also quite time-poor these days, so an hour of exercise can sometimes feel like too much for a busy individual. This is why Infinite Cycle offers 30 to 45-minute classes, to ensure even the busiest of people can still manage to squeeze classes into their busy schedule.

“Of course, while the physical and fitness benefits of indoor cycling are well proven, the value of being part of the Infinite Cycle community is something that can’t be overlooked; especially after the year of enforced social distancing that we’ve all experienced.

“When you exercise as part of a group, it enhances your mental and physical health. The personal connections you make with the instructors and other class participants have an impact on you – whether you realise it or not.”

For more information go to www.infinitcycle.com.au

Images: Alex Johnson (middle) and in his playing days for the Sydney Swans (top). Inside an Infinite Cycle studio (below).