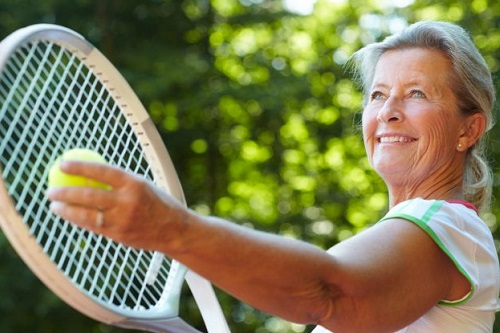 Newly released research shows that tennis players live more than nine years longer than people who are sedentary, topping a list of sports including football, swimming and cycling.

While recently published research in the Mayo Clinic Proceedings show that most physical activity is beneficial for life expectancy, the research found that social connection is the key to longevity benefits.

The study saw researchers track 9,000 people for up to 25 years, tracking what physical activity they did and when they died. They used data from the Copenhagen City Heart Study, a long-running study into heart health.

Dr Peter Schnohr, lead author of the study, advised “and then we saw how they die off … and (some) die a little faster than other groups.”

Things like age, sex, smoking, income and education status can affect results like these, because it might simply be that tennis players are wealthier and can afford better healthcare, meaning they live longer.

But Dr Schnohr and his team controlled for those factors in the analysis - and the effect persisted. That allowed them to analyse differences between eight sports: tennis, badminton, football, cycling, swimming, jogging, calisthenics and going to the gym.

What the researchers think the sports associated with the biggest increases in life expectancy - tennis (9.7 years), badminton (6.2 years) and football (4.7 years) have in common is that it takes two or more people to play them.

Sports near the bottom of the list were more typically done alone, like jogging (3.2 years) and going to the gym (1.5 years).

Professor Cathie Sherrington, a research fellow at the University of Sydney's Institute for Musculoskeletal Health, said team sports aren't the only physical activity that can be social.

She advised “myself, I'm part of a running group where we have quite large numbers of middle-aged, younger and older people running together. And we do see very large groups of cyclists as well, meeting and riding together and chatting.

"So I do think you can get social connectedness in different sports, it doesn't just need to be in racquet sports."