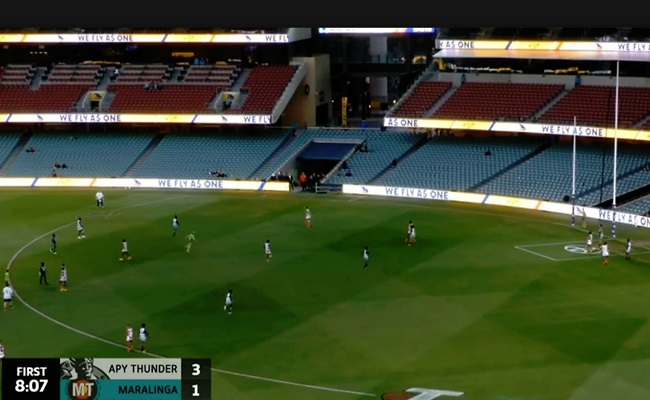 The box office and the Adelaide Oval Stadium Management Authority said a supervisor “misinterpreted” an instruction from the South Australian Police and security not to sell tickets to a specific group of people who were intoxicated and had been refused entry.

However, South Australian Police have advised that they “at no time made any direction to the ticket sales employees about the sale of tickets”.

Last July, the Adelaide Oval was hosting a curtain-raiser match between teams from Maralinga and the APY Lands, before the Naidoc Week game between Adelaide and Geelong.

A woman who was employed by McArthur Management as a ticket seller was reported by the ABC as saying she was told to stop selling tickets to Aboriginal people and instead tell them the game was sold out.

She told the ABC she followed the supervisor’s instructions and saw others do so, but felt “sick to my stomach”, resigned the next day and notified the South Australian Equal Opportunity Commission.

The Commission was unable to act on a complaint lodged by someone other than a victim.

Tanya Hosch, the AFL’s General Manager for Inclusion and Social Policy, told Guardian Australia they found out about the incident only when contacted by the ABC last week.

Hosch advised “obviously we are deeply concerned that this has occurred and we’ll be working further to make sure it can’t happen again.

“We want to properly understand where the system broke down, ensure that there are the proper safeguards in place to make sure it doesn’t happen again and that people know the law and that it’s unlawful to discriminate against people on the basis of race.”

There were conflicting claims of where the instruction to staff originated. 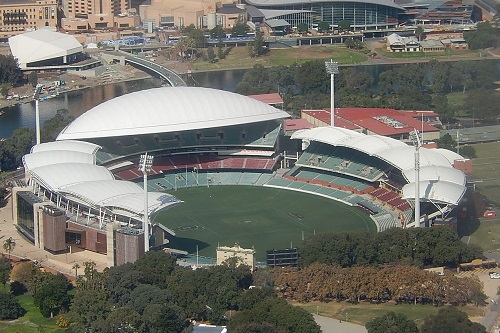 A McArthur Management representative said the supervisor claimed to be acting on the instructions of South Australia Police and security guards. The spokesman said the employment agency condemned racism and was “horrified” by the report.

The spokeperson advised “we understand police and an Adelaide Oval security guard asked a McArthur supervisor at a Ticketek box office not to sell tickets to certain people because they were intoxicated.”

Darren Chandler, General Manager of Operations at Adelaide Oval, said everyone was welcome at the ground and that they condemned discrimination “in any form”.

Chandler advised “it is extremely disappointing that a supervisor in the ticketing office misinterpreted a message from police and didn’t follow established protocols that would have clarified the situation.

“We apologise to anyone affected and have taken steps to ensure this situation doesn’t arise again.”

South Australia Police said officers responded to a call for assistance with patrons who “were clearly intoxicated” and had been refused entry.

They advised “Police at no time made any direction to the ticket sales employees about the sale of tickets.”

John Paul Janke, co-Chair of the national Naidoc committee, said it was alarming that in a workplace in 2019 no one pointed out that the supervisor’s instruction was illegal.

He stated “for a lot of Aboriginal people it’s just exhausting, having to put up with racism at every turn. And we’re exhausted at having to call it out.”

He said it was particularly disappointing that it occurred during a game that was “about celebrating Aboriginal and Torres Strait Islander achievement and culture and history”, adding “for the two teams that come down from remote areas … it’s actually one of the biggest games on their footy calendar.”

Last month, Accor, the French multinational hotel company with thousands of hotels around the world, was forced to apologise after the ABC revealed its Alice Springs staff was segregating Aboriginal guests from non-Aboriginal guests into an inferior section of the Ibis Styles hotel, where the rooms were in poorer condition and frequently unclean.

On Thursday, the company said the hotel had “fallen short” of the ethical standards it had set.

It has also set up a customer care line (1300 085 356) for any guest who stayed at the hotel to raise concerns about how they were treated.

Images: The 2018 match between Maralinga and the APY Lands at Adelaide Oval (top) and the venue from the air (below).