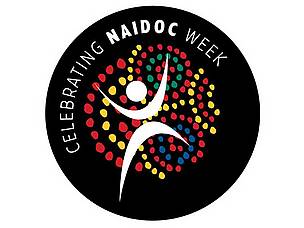 Jesse Williams, the first Indigenous Australian to play American football at the highest level, has been recognised as the NAIDOC (National Aboriginal and Islander Day Observance Committee) Sportsperson of the Year.

Williams, who was born on Thursday Island and raised in Brisbane, started out playing rugby league and basketball before his successful switch to gridiron football in the USA.

Playing for the Seattle Seahawks in the NFL, Williams is identified as a strong role model and offers  a fine example of hard work and determination leading to great results.

Williams was one of 11 National NAIDOC Award recipients announced at the end of NAIDOC Week 2014.

The awards highlight the outstanding contributions that Indigenous Australians make to improve the lives of people in their communities and beyond and to promote Indigenous issues in the wider community, or the excellence they’ve shown in their chosen field.

The 2014 Person of the Year Award went to Gracelyn Smallwood who has dedicated her life to health and human rights advocacy.

As a shining example of this year’s theme Serving Country: Centenary & Beyond, the 2014 Male Elder of the Year Award went to Richard Archibald for his work promoting Aboriginal rights and raising the profile of Aboriginal servicemen.

Other 2014 National NAIDOC Award recipients were:

The award recipients were honoured at a national ceremony held on the Gold Coast last night. Hosted by Luke Carroll and Malarndirri McCarthy, the event was attended by more than 1200 guests from across the country. A star studded night, guests were entertained by a magical line-up of Indigenous artists including the Navy Indigenous Performance Group, Bungaree, the vibrant young vocals of Thelma Plum, talented cover artists AIM 4 MORE and Bell River Band and a surprise appearance by Australia’s Got Talent star Dean Brady.

NAIDOC Week is an Australian observance lasting from the first Sunday in July until the following Sunday.

It celebrates the history, culture and achievements of Aboriginal and Torres Strait Islander peoples.