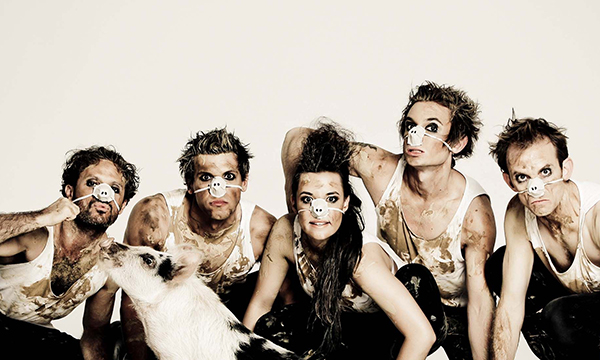 Queensland performing arts have been recognised at the 2019 Matilda Awards held at the Brisbane Powerhouse last night. The Matilda Awards honour actors, designers, directors, playwrights, companies along with members of creative teams.

Queensland Minister for the Arts Leeanne Enoch congratulated all the nominees and recipients for their outstanding work while noting “the annual Matilda Awards are a chance to celebrate the quality and diversity of the state’s theatre scene, and the impressive vitality and breadth of this year’s nominees and winners.

Founded in 2006, shake & stir is one of Australia’s leading contemporary theatre companies, touring its bold and exciting productions nationally and internationally and often using comedy to address social issues.

Winners were crowned in 19 categories, including the new QUT Creative Industries Backstage Award for outstanding work from technicians, stage managers and other behind-the-scenes workers, and this year it was awarded to stage manager and tour producer, Tanya Malouf.

Matilda Awards Chair, Deb Wilks, said the event was a fantastic opportunity to celebrate the incredible array of theatre talent in the state adding “The Matilda Awards is now the ‘night of nights’ for the Queensland arts sector, bringing together our arts leaders, students and emerging artists.

“The ceremony highlights the value of the arts to the wider Queensland community as it grows in stature every year.”

Minister Enoch enthused “we have a lot to celebrate about the performing arts, with our state theatre company, Queensland Theatre, marking its 50th anniversary this year, and our independent sector and emerging artists producing bold and brilliant work."

Best Male Actor in a Supporting Role: Thomas Larkin, Death of a Salesman

Best Circus or Physical Theatre Work: Inside Out, Tammy Zarb and Company