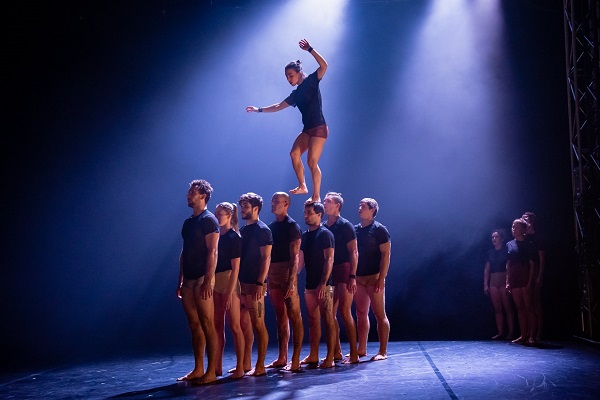 A new National Performing Arts Partnership (NPAP) Framework to support the performing arts sector has been agreed by the Australian Government along with states and territories at today’s annual Meeting of Cultural Ministers in Adelaide.

In addition to the new framework, the Cultural Minister's meeting also invited Brisbane company Circa to be recognised as a major performing arts company under the 2011 Major Performing Arts Framework.

Advising that the joint agreement between the Australian, state and territory cultural ministers is a milestone achievement in the delivery of sustainable arts funding into the future, Federal Minister for Communications, Cyber Safety and the Arts, Paul Fletcher described the “agreement to this framework (as) a significant outcome for Australia’s performing arts sector.”

The new Framework incorporates the key outcomes of the nationwide public consultation process in 2018, which included 8,026 survey responses, 370 formal submissions and 15 forums across the country.

Minister Fletcher added “we listened to feedback from the arts sector and the public on the previous Major Performing Arts Framework in developing this new framework, which provides a flexible and transparent approach to supporting Australia’s leading performing arts companies. It also opens the way for other successful and innovative companies to be considered for support.”

Welcoming Circa’s elevation as a major performing arts company, Yaron Lifschitz, Artistic Director and Chief Executive, Circa Contemporary Circus, advised “this is a transformative moment for Circa, and will help increase our ability to continue delivering extraordinary arts experiences throughout the state, across the country and around the world.

“This is an important milestone for Circa, and for the wider arts sector. Circa is proud to be a Queensland arts organisation and to be ambassadors for our state.”

However, the Framework largely overlooks an open letter from more than 700 arts sector members, who this week calling on the state arts ministers to withhold their endorsement of the revised MPA Framework.

Signatories had expressed concerns that the existing MPA framework was “a roadblock to Australian culture’s growth and survival”.

Opposing this view, the Australian Major Performing Arts Group (AMPAG) expressed its support for the Framework, advising earlier today that “while everyone in the Major Performing Arts companies agrees that the situation for the small to medium arts is of grave concern, it needs to be considered within an overall context of declining government support and strategic development for the arts across this country.

“It is the overall situation that needs to be addressed with increased support across the board - not by destroying one part of the sector in a bid to help the other survive. “

The new Framework will provide:

• A clear approach to prioritising outcomes for the Australian performing arts sector, audiences and communities, such as growing First Nations arts;
• A pathway to expand the number of funded companies through a two-stage invitation and assessment process;
• Stability of funding balanced with flexibility so governments can jointly respond to changing priorities;
• Increased transparency and accountability through enhanced reporting; and,
• A new approach to rewarding artistic and organisational excellence.

Companies funded under the new NPAP framework, henceforth known as Partnership Organisations, will benefit from the stability of up to eight years of funding.

A full summary of the meeting can be viewed at www.arts.gov.au/mcm/meeting-summaries.

The AMPAG response to Independent Artist Open Letter can read at www.ampag.com.au/article/ampag-response-to-independent-artist-open-letter

Image: Circa Contemporary Circues have been invited to become a new MPA company.