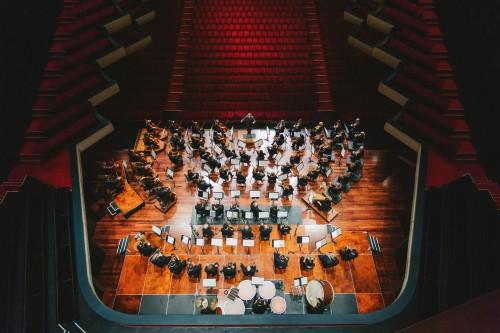 The Australian, state and territory governments have today released a consultation paper on potential enhancements to the Major Performing Arts (MPA) Framework.

Following agreement at this year's Meeting of Cultural Ministers to a national consultation process on enhancements to the MPA Framework, that process is seeing the release of a consultation paper, which is hosted on the Australia Council's website.

The paper has been prepared following preliminary consultation on opportunities to strengthen the Framework, including meetings with MPA companies and representative bodies and a public online survey.

Currently 28 MPAs - in dance, theatre, circus, opera and orchestral and chamber music - from The Australian Ballet to West Australian Symphony Orchestra, that receive 62% of Federal performing arts funding and the major share of state funding.

The Framework is not open to competitive peer review with the Federal Department of Communications and the Arts, advising that it imposes "minimal consequences" when MPAs fail to meet benchmarks around artistic quality, community outreach or financial sustainability.

The consultation paper, produced after meetings with the MPAs and a public survey that garnered 8,026 responses, applauded the MPA Framework for the "certainty and stability" it gave its beneficiary companies.

Stakeholders and all interested parties are encouraged to respond to the potential changes and questions set out in the paper.

Following this consultation process, Ministers will consider proposed enhancements to the Framework in early 2019.

The MPA companies employ around 10,500 people and reach about four million people each year through performances, school activities and workshops.

For more information go to www.australiacouncil.gov.au/programs-and-resources/major-performing-arts-framework/