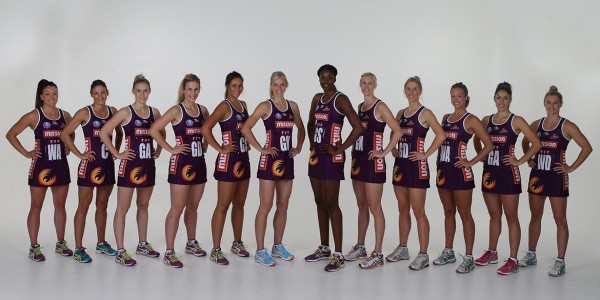 In the wake of the Queensland Firebirds’ win in last weekend’s ANZ Championship grand final, the Queensland Government has announced that a new $30 million ‘home of netball’ will be built at the Queensland Sport and Athletics Centre (QSAC) at Nathan, in Brisbane's south.

In its first budget announcement, the Queensland Government said the centre would feature eight indoor courts and, in addition to being the Firebirds’ permanent training base, would also be used for junior player training and Queensland and Australian netball carnivals.

Announcing the new facility, Queensland Treasurer and acting Premier Curtis Pitt explained “we’ve been working with Netball Queensland since last year on a project that would act as a state of the art training facility for the Firebirds and have the capacity to host Queensland and Australia’s biggest netball carnivals.

“This new facility will send out a very clear message that we want to encourage more young women to get involved in sport, while helping to take netball to the next level in Queensland.”

Pointing out that Queensland was not only home to the national league champions, but also a powerhouse at grassroots level, with over 50,000 registered netballers in Queensland. Treasurer Pitt stated “it’s about time Government came to the party and gave Netball Queensland the support it needs

“Even in tight budgetary conditions, we have found the funding we need to make this project a reality.”

Queensland Minister for Sport and Racing Bill Byrne said while a detailed design process will soon be undertaken with Netball Queensland, it is expected the centre will feature eight indoor hard courts, player changing facilities and administration offices for Netball Queensland.

Minister Byrne added “we expect to see the facility being used by thousands of young netballers from clubs, schools and junior development programs, as well as seniors and representative players.”

“Netball is the premier sport for women and girls in Queensland and the facility is a long time overdue.

“Queensland has fallen behind other States and Territories in providing a dedicated home for Netball.

“As the largest female participation sport, we have a huge role to play in nurturing Queensland’s sporting talent by providing pathways from grassroots through to our Mission Queensland Firebirds and onto Australian Diamonds honours.

“Netball has never had a purpose-built facility and this has certainly put us at a disadvantage when competing against other State teams and programs.”