Backing for sport and recreation projects in Far North Queensland 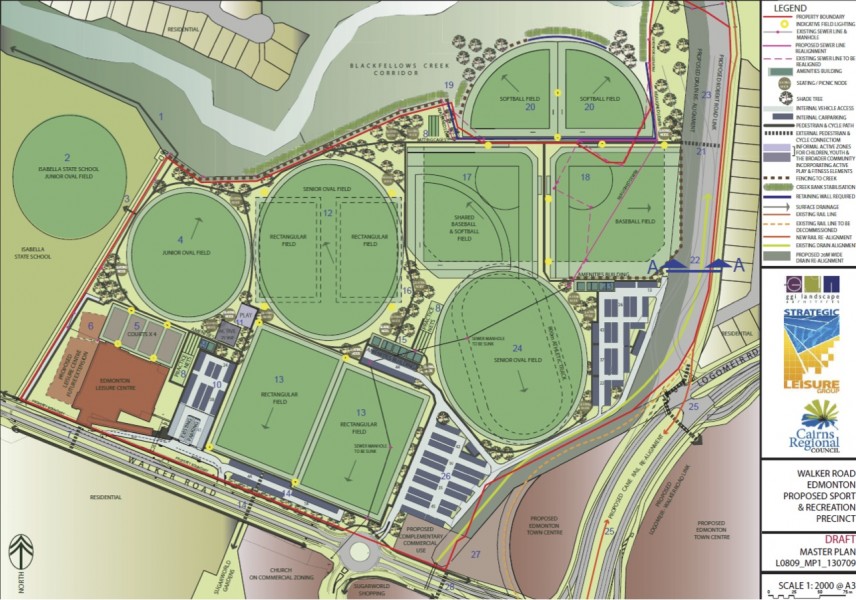 The Queensland Government has backed a range of sports projects and initiatives in Far North Queensland.

Thursday (13th June) saw Queensland Sports Minister Steve Dickson open both a new upgrade at the Manunda Sporting Precinct in Cairns and the Innisfail Netball Club's 'Get in the Game' funding project.

Minister Dickson also announced a $1.3 million funding boost over the next three years for Indigenous sport in Far North Queensland.

He stated "the new multipurpose fields will complement current fields and the indoor recreation centre, giving Manunda a whole new lease on life and maximising participation at the facility.

"This upgrade which was built by the Cairns Regional Council through the (Queensland) Government's Sport and Recreation Infrastructure program, will go a long way in attracting new members to clubs from across the local community."

Innisfail Netball Club
At Innisfail, the town's Netball Club's $80,000 new amenities block means that changing room facilities are now available onsite, where previously players needed to change at another venue before and after games.

Minister Dickson said the Innisfail Netball Club had served the local community for many years, and their standing would be further improved through the Get Playing grant which provides up to $100,000 to help clubs with facility development.

He explained "this facility is a welcome addition to the club, as their previous changerooms were situated 200 metres away in an unlit area of the adjacent rugby league grounds.

"The new amenities block includes male and female facilities, as well as a baby change area and storage cupboard.

"This project will further increase the club's steadily rising membership numbers and will allow them to host larger regional events.

"Everyone involved in making this project a reality should be very proud of their efforts, particularly the construction team who, despite adverse weather, managed to complete the facility in five weeks."

Minister Dickson explained "sport and recreation is important to all communities across Queensland, but it is especially critical in Indigenous communities to provide young people with options for active, healthy lifestyles."

As well as growing participation rates, the funding will be used to provide training for coaches, officials and other volunteers throughout approximately 35 individual Indigenous communities in the Torres Strait, Cape York and Gulf Savannah area, covering more than 300,000 square kilometres.

Minister Dickson said over the past three years more than 17,500 children in 32 FNQ Indigenous communities took part in AFL, through 580 school and community-based skill development clinics, as well as the highly regarded Auskick program for 5-12 year olds.

He added "the now well-established AFL Cape York House provides opportunity for up to 48 Indigenous secondary-aged boys from remote communities to progress their studies and sporting ambitions whilst gaining experience of living in the Cairns community."

McNeil stated "we have more than 1,500 players regularly competing in these communities and three times that number involved at other levels, including awareness programs.

"This funding will mean we can bring Queensland's Indigenous girls and boys hockey teams - the Rubies and the Blaze - to the far north so local players can see the opportunities available to compete on a mainstream state and national level."