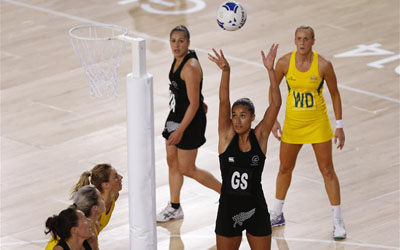 The organisers of the Netball World Cup Sydney have announced Australia Post as an official Team Partner for international netball’s pinnacle event.

As part of their Diversity and Inclusion partnership plans, Australia Post will be providing an opportunity for community and school groups new to netball to experience a number of matches with complimentary legacy ticketing at the second competition venue, Netball Central.

The partnership forms an extension of Australia’s Post One Netball program which encourages the netball community to create more inclusive and welcoming netball communities across the nation. With 16 nations from all corners of the globe competing at NWC2015, the event promises to be a celebration of diversity, multiculturalism and inclusion.

Welcoming the sponsorship, NWC2015 Chief Executive Marne Fechner stated “it is fantastic to have Australia Post on board, helping us reach as many communities as possible and giving everyone the opportunity to celebrate the most significant event on the netball calendar.

“NWC2015 is for everyone, regardless of background or ability and with 16 nations competing from across the world there is no doubt NWC2015 will be a celebration of diversity.”

For further information about the event please visit www.nwc2015.com.au.