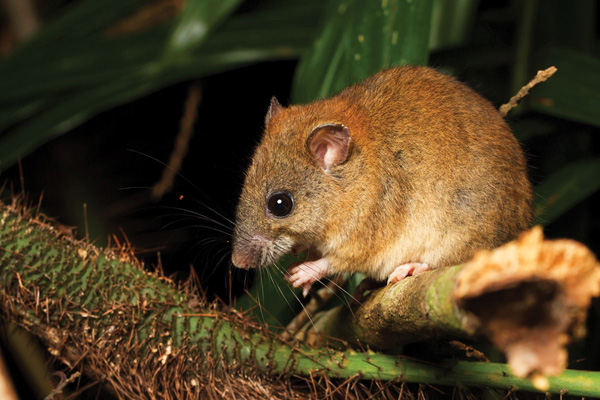 With today (22nd April) marking Earth Day, the Queensland Government is recognising the vital work needed to help protect the wildlife and natural environments that are unique to Queensland.

An worldwide event marked each year, Earth Day is used to demonstrate support for environmental protection. First celebrated in 1970, Earth Day now includes events in more than 193 countries, which are now coordinated globally by the Earth Day Network.

With the theme of Earth Day 2019 being 'Protect our Species', Queensland Environment Minister Leeanne Enoch says it is an important reminder that action is needed to safeguard our planet against harmful impacts driven by human activity.

“We know that climate change is the greatest challenge facing our planet today, and recently the Bramble Cay melomys was declared the first mammal to be recorded extinct due to climate change.

“There are species in Queensland that are not found anywhere else in the world and it is critical that we unite to take urgent action protecting them.”

Minister Enoch said the Queensland Government invests in a range of projects and programs that protect Queensland’s wildlife, adding "last week six bilbies were released into the Currawinya National Park, following a major upgrade to the predator exclusion fence.

“Every year we also provide funding to support a range of koala conservation measures including education, rehabilitation, monitoring and habitat restoration."

Minister Enoch said the Queensland Government has committed to a target of zero net emissions by 2050 and 50% renewable energy by 2030, advising "last year we combatted single use plastic bags and brought in the container refund scheme, which has already seen more than 400 million containers returned.

“This year we are not slowing down when it comes to matters of climate change, and promoting sustainable practices for businesses, industry and households.

“The waste levy coming into effect on 1st July will enable us to improve our waste management and stop interstate waste coming into Queensland.

“Queensland is also hosting its first ever Climate Week in June.

“Business and community representatives, including former US Vice President Al Gore, will be in attendance to discuss how we can all work together to address climate change.”

Image: The Bramble Cay melomys, or Bramble Cay mosaic-tailed rat (Melomys rubicola), is a recently extinct species of rodent that was endemic species of the isolated Bramble Cay, a vegetated coral cay located at the northern tip of the Great Barrier Reef. Described by researchers as having last been seen in 2009 and declared extinct by the Queensland Government and University of Queensland researchers in 2016, it was formally declared extinct by the International Union for Conservation of Nature (IUCN) in May 2015 and the Australian Government in February 2019.