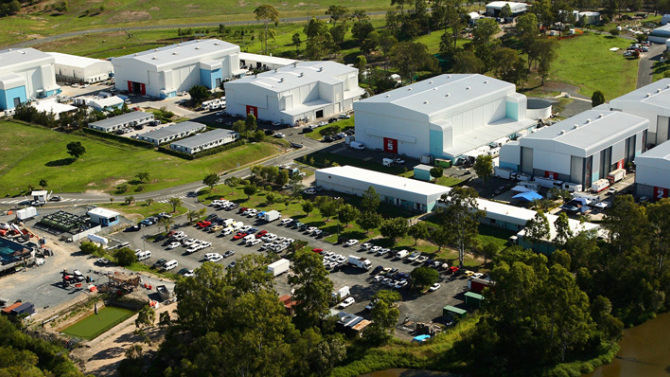 The Queensland Government has reached an in-principle agreement to build a 4,000 metre² super stage at Village Roadshow’s Oxenford Studios in a partnership that will simultaneously deliver the latest venue for the Gold Coast 2018 Commonwealth Games and provide a major drawcard for future films production.

The Queensland Government will contribute $11 million from its Commonwealth Games venue construction program to build the super stage, which will be one of the largest sound stages in the

The facility will be used for the squash competition in the Gold Coast 2018 Commonwealth Games, before reverting back to a film and TV production facility.

“Lack of a super stage has cost Queensland major productions in the past, so it’s important we explore this opportunity.”

Premier Palaszczuk added that "it can be delivered at no extra cost to the Games budget, providing an opportunity to provide a lasting legacy from GC2018 for the Queensland film and television industry that will create jobs and drive economic benefit for the long term.”

Queensland Minister for Tourism, Major Events, Small Business and the Commonwealth Games Kate Jones said attracting more blockbuster productions to the Gold Coast would be a key driver for tourism and investment in Queensland, adding “major film shoots in the region have already proven to deliver massive international exposure for the Gold Coast and Queensland, with media coverage of the recent ‘Pirates of the Caribbean’ production reaching a world-wide audience of 2.7 billion people.

“The Queensland Government is already delivering a significant legacy for sport and community infrastructure associated with GC2018, with three new sporting venues under construction and eight upgraded venues due for completion well ahead of the opening ceremony.

“The super stage will be adapted to host the squash competition at Games-time and will provide an extraordinary legacy and significant economic benefit to Queensland creating jobs in the film and television industry in the lead up to and for many years after GC2018."

Village Roadshow Theme Parks Chief Executive, Tim Fisher concluded "we believe this new facility will provide an ongoing legacy for the Gold Coast as an all-purpose venue while enhancing the film and television industry in Queensland."

Earlier plans the Gold Coast 2018 Commonwealth Games had proposed that squash competition would be hosted at Runaway Bay.

The Government will now work with GOLDOC, the Commonwealth Games Federation and the relevant national and international sporting bodies to work through the detail and gain their agreement to relocate squash to Oxenford Studios.