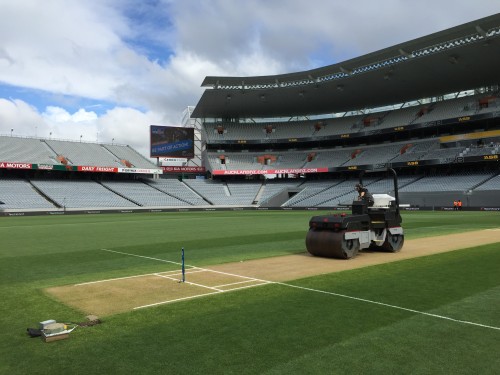 Eden Park has received recognition for its year-round efforts to create high quality cricket surfaces, with New Zealand Cricket today acknowledging the Auckland venue as having the ‘International Pitch of the Year’.

Welcoming the award, Eden Park Chief Executive, Nick Sautner stated “it’s always a highlight to be acknowledged by the industry for the effort our team puts into creating a world-class surface.

“Eden Park is home to so many unforgettable cricket moments watched around the globe and a personal highlight was this year’s Auckland Anniversary T20 between the BLACKCAPS and India, which also celebrated India’s Republic Day.

“Cricket has been a staple at the Park since 1903 and it’s pleasing that our turf team continues to be recognised for our commitment to the sport.”

Eden Park will host the ICC Women’s Cricket World Cup next year and looks forward to welcoming more cricket fixtures back to the Park as events return to society.