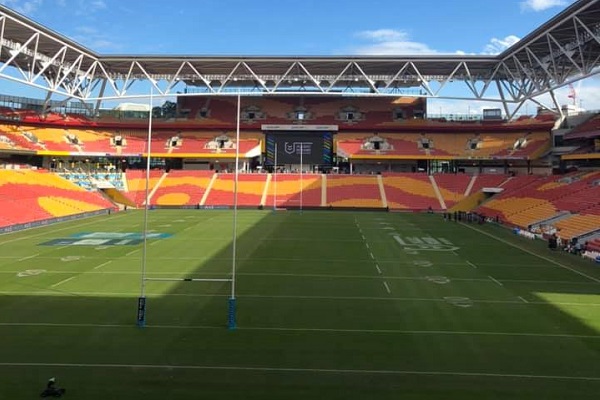 Queensland’s Privacy Commissioner has been reported as questioning Stadiums Queensland’s trialling of facial recognition software on sports fans and concertgoers at its venues.

While media outlets have reported on the issue today in advance of the first rugby league State of Origin clash at Brisbane’s Suncorp Stadium, Australasian Leisure Management revealed in August last year that the technology was to be introduced at the Gabba and Suncorp Stadium.

With Stadiums Queensland having commenced a trial of facial recognition software at its venues, the agency has confirmed data is being shared with Queensland Police

The trial is seeing patrons being monitored in real time, with their biometric data potentially being stored and shared with other agencies.

While Stadiums Queensland (SQ) venues display privacy warnings about the use of CCTV, there is no signage suggesting facial recognition technology is in operation.

Queensland Privacy Commissioner Phil Green said the public deserved to be aware their images and data were being captured and encouraged agencies to conduct a privacy impact assessment.

Green told the ABC “it's certainly something for any large-scale technology implementation like that, that we recommend.

"It's simply good practice to identify risks of conducting this sort of surveillance and using facial recognition - those risks are being identified worldwide at the moment.

"It's been demonstrated that bias can creep in, depending on what databases you're using and who's in the database, and the algorithms themselves."

Green said when facial recognition is used by matching a particular image in a database to someone in a crowd - otherwise known as the "one to many" approach - bias could evolve in the use of the technology.

He advised “the quality of the images is one of the big variables, particularly in a big crowd.

"The technology is getting better, but it's been demonstrated that bias can creep in depending on what databases you're using and who's in the database, and then also the algorithms themselves.

"It's been highlighted in the US and in the UK where certain populations are represented in databases more broadly – (such as) African Americans.

"I would imagine in Australia there's a potential for ethnic minorities to be over-represented in the justice system, to be singled out in the crowds more readily just because there are more images (in the database)."

A Stadiums Queensland spokesperson confirmed the trial was underway and that data was being shared, stating “at this time, such software is only being used to identify patterns and anomalies in crowd behaviour (such as abandoned bags or long queues).

"As indicated in the terms of entry, ticketholders agree to being filmed by CCTV for the purpose of venue security and public safety upon entry to Stadiums Queensland venues."

There was no mention of the rollout in the Stadiums Queensland annual report released late last year and the spokesperson would not confirm the venues where it was being trialled for security reasons.

Similar mass surveillance technology is used at major stadiums in NSW and Victoria.