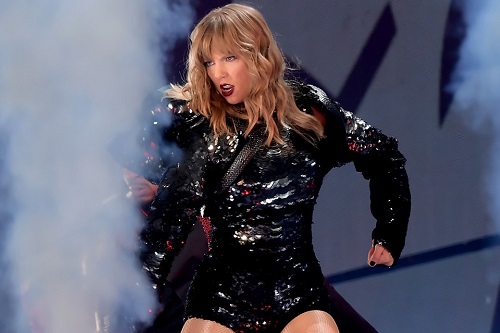 Entertainment superstar Taylor Swift used facial recognition technology during a concert at Los Angeles’ Rose Bowl stadium earlier this year in an effort to spot fans in the 59,000 crowd who might have presented a security threat.

The Rolling Stone magazine reports that the technology was implemented during the US popstar’s gig at the stadium on 18th May.

Fans unknowingly had their faces scanned while watching rehearsal clips of Swift at the stadium. Recordings were then sent to a command centre in Nashville, Tennessee where they were checked against a database of hundreds of Swift’s known stalkers.

Mike Downing, Chief Security Officer of Oak View Group, which advises venues on concert operations, told Rolling Stone “everybody who went by would stop and stare at it, and the software would start working.”

Downing attended the Rose Bowl concert to witness a demonstration of the technology.

As a private company, the Rose Bowl was not obligated to inform fans that they were under surveillance and while some have raised privacy concerns over the ownership and storage of the images, concerts are technically private events.

The surveillance was undertaken based on Swift having a number of known stalkers rather than their being a wider security or public safety threat.

The use of facial recognition software is rising at public events. Ticketmaster has invested in startup Blink Identity, which aims to move fans through entry points more efficiently and combat touting.

The investment forms part of plans to integrate the company’s technology with its own Presence tool.

Israeli artificial intelligence company AnyVision said it was working with an undisclosed London arena to reduce bottlenecks at turnstiles.

In April, Chinese police used the technology to arrest a man attending a Jacky Cheung concert in Nanchang. The man, who was wanted for ‘economic crimes’, was located among a crowd of 60,000 concert goers.

Image: Taylor Swift during her Reputation Stadium Tour in Australia earlier this year.

8th December 2015 - Attraction, event and venue operators given advice on how to protect patrons in a mass shooting