Plans move forward for rectangular stadia in Cairns and Rockhampton 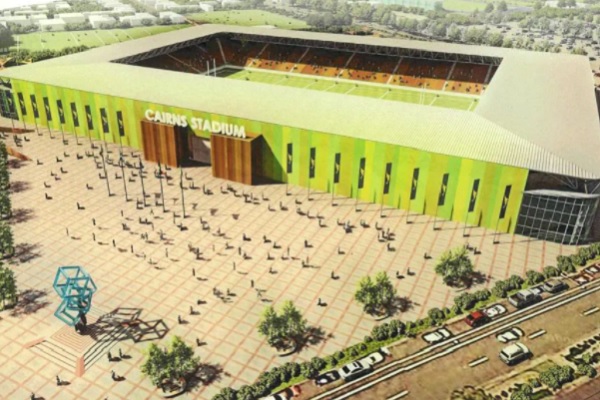 Options for a new rectangular stadium in Cairns have been revealed while, with the city set to host NRL games from this weekend, plans for venue expansion in Rockhampton remain confused.

Long held plans for a new rectangular stadium in Cairns have this week seen three locations - Barlow Park, the Cairns Showground or a site next to the Cairns Convention Centre - flagged as potential locations.

As reported by The Cairns Post, Federal MP for Leichhardt, Warren Entsch has touted land owned by the Gasparin Group beside the Cairns Convention Centre as the site for a new stadium, with parking facilities to be shared with the Convention Centre and other locations around the city.

Another site is the Cairns Showground, although the Cairns Regional Council is reported to no be keen on relocating the Cairns Show, while developing the Barlow Park site would require finding a new home for athletics in the city.

Enterprise North Executive Manager Kevin Byrne is leading a group trying to drum up support for a stadium in Cairns and plans to launch a social media campaign in October.

Commenting on the need, Byrne stated “there is an undeniable fact staring at us and that is we are very poorly served with the absence of a suitable stadium for rectangular sports with the requisite capacity and facilities currently which sees the NRL not even programming NRL trial games here let alone premiership fixtures.

“Mackay were awarded two last weekend and Rockhampton and Bundaberg have prospered also as part of the NRL bubble in recent weeks.

“(And) there will be oodles of opportunities in the years ahead for rectangular sports.”

Enterprise North and the Northern Frontier Foundation have released a new plan on how to create a 20,000-seat rectangular stadium at Barlow Park in Cairns, as well as other major sporting and associated infrastructure including fields, courts, extensive parking and athletics tracks.

Such a venue has been estimated as having a budget in excess of $120 million.

NRL in Rockhampton
As of this weekend, the NRL’s Queensland hub will see Rockhampton’s Browne Park host games from both Round 23 and Round 24 of the Telstra Premiership. 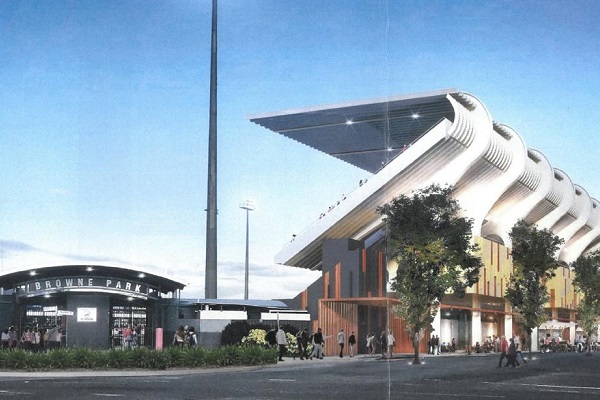 Rockhampton Region Mayor Tony Williams said history is being made with the hosting of the fixtures, stating “we are absolutely thrilled to be hosting Round 23 and Round 24 of the NRL premiership right here in Rockhampton, providing an incredible opportunity for our community to embrace the NRL in their own backyard

“The Round 20 match (which didn’t go ahead) was going to be the first time an NRL premiership game was played in Central Queensland, and we’re delighted to get a second chance at this claim.

“We know our community is hungry for a slice of the NRL pie - the Round 20 match sold out in minutes with 70% of ticket holders from within the Rockhampton Region.”

“Our ticketing platform has been bolstered with crowd handling technology to cater for the expected demand of the upcoming rounds.”

Two stadium upgrade programs for one city
The traditional home of rugby league in Rockhampton, the Queensland Government has committed $25 million to the redevelopment of the CBD venue, located next to the Rockhampton Leagues Club.

The funds will help deliver a new grandstand at the venue to boost its capacity to 10,000.

However, with the location of a new or upgraded Rockhampton stadium having been a talking point for years, prior to the last Queensland election, the Federal Government committed $23 million for the development of a new stadium with a grandstand seating up to 7,500 people at the city’s Victoria Park adjacent to the Rocky Sports Club.

However, the proposed Rocky Stadium is located on a flood prone site on the banks of the Fitzroy River.

As recently as this week, Rockhampton newspaper The Morning Bulletin was reporting on the Victoria Park proposal, quoting Federal MP for Capricornia Michelle Landry as saying the Rocky Stadium would be operational by early 2023.

By contrast, QRL Central Division Manager, Rob Crow, advised that the Browne Park development was running "full steam ahead" and he was working with Queensland Sport and Recreation to prepare for the first stage of construction.

While Queensland's major parties have jointly backed the redevelopment of Brisbane's Ballymore, it appears agreement on the upgrading of a single venue in Rockhampton is some way off.