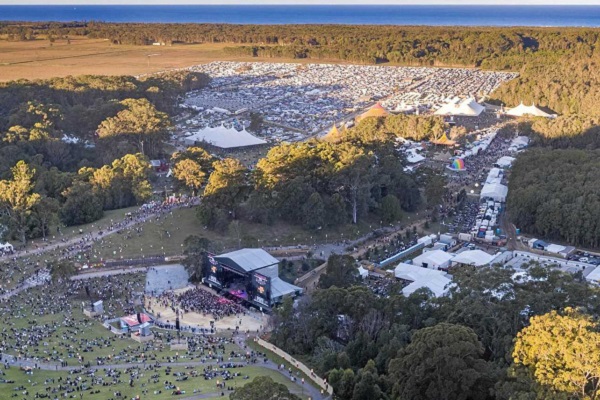 The recent decision by the NSW Independent Planning Commission to allow 20 event days per year at the North Byron Parklands at Tyagarah will see an expansion of events including Splendour in the Grass and Falls Festival - two of Australia's largest music festivals, which have been majority owned by global entertainment giant Live Nation since December 2016.

With the 2019 edition of Splendour in the Grass having concluded earlier this week, future event days at the site will see events more than double when compared to the figure allowed under the trial period that began in 2012.

The Commission’s March decision will allow Splendour in the Grass to grow from its current maximum capacity of 35,000 patrons per day to 42,500, and eventually to 50,000, assuming it complies with a variety of conditions along the way.

The capacity of the Falls Festival, held on the same site each summer, will increase immediately from 25,000 patrons to 35,000 per day.

Each festival can now be staged over five days, up from four. 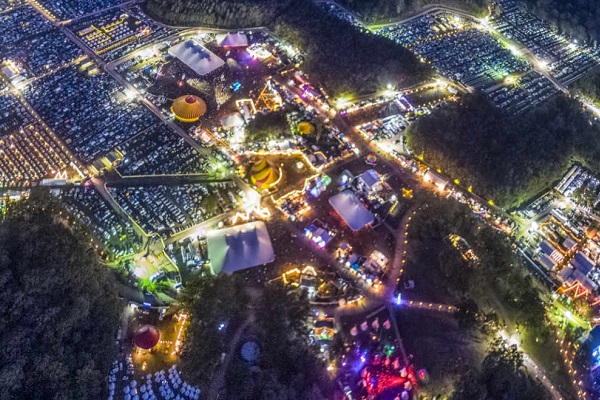 With a one-day general admission ticket to Splendour costing $185, and nominal capacity for the two big festivals increasing from around 240,000 people across eight days to 425,000 across 10, it paves the way for event promoters and the site's owners to reap some serious returns on their long-term investment.

As reported by the Sydney Morning Herald, North Byron Parklands, situated about 25 minutes north of Byron proper, is owned by Billinudgel Property Pty Ltd. That company is in turn owned by three others: North Byron Property Pty Ltd, Bullworth Pty Ltd and Yelgun Pty Ltd. Each company has an equal one-third share.

Brandon Saul, a music and arts events veteran and serial entrepreneur, is the sole director and largest shareholder of North Byron Property Pty Ltd. He is also the director of Falls Byron Bay Arts and Music Festival.

Bullworth Pty Ltd is majority owned (55%) by Jessica Ducrous, co-founder of Splendour. The other 45% is split between Paul Piticco (22.5%), also a co-founder of the festival and the former manager of Powderfinger, and the five band members themselves: Bernard Fanning, Ian Haug, John Collins, Jonathan Coghill and Darren Middleton, who each own 4.5%.

While all potentially stand to profit from the expansion of operations at North Byron Parklands, the route to the planning approval goes back to Billinudgel Property purchase of the site in 2007. 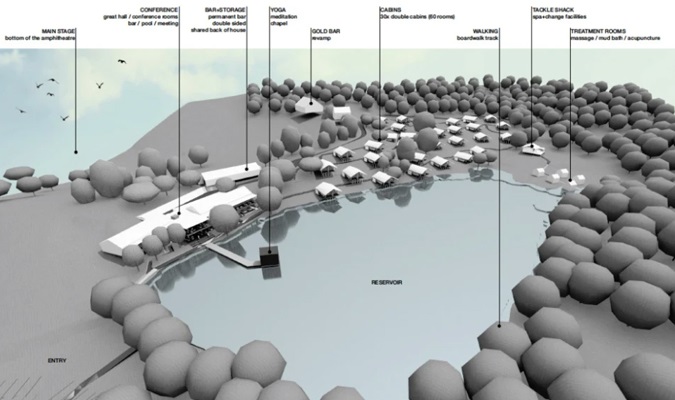 The trial approval under which they had operated since 2012 meant the owners had been reluctant to invest too heavily in the site.

Parklands General Manager Mathew Morris, recently advised "it's probably fair to say that we’ve been operating with a set of infrastructure that isn't always fit for purpose.”

With the future now a lot more certain, plans for the site include a conference centre, spa and accommodation, administration building, and road works, at a reported cost of $42 million.

However, ambitions to install a state-of-the-art on-site eco-friendly sewage treatment system have been put on hold for the immediate future over concerns that the flood-prone site might struggle to deal with the efflux of 50,000 festival goers at a time.

For the immediate future,  the effluent will be trucked offsite for treatment at a traditional plant. The owners of North Byron Parklands, however, might just have plans to pop a few corks of their own.

Images: Events at the North Byron Parklands site (top and middle) and an artist's impression of proposed developments (below).