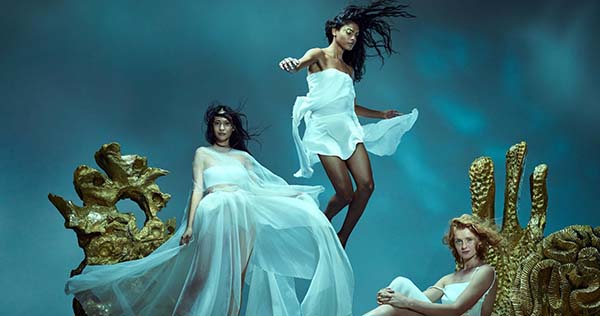 Ticket sales data recently released for Richard Wagner’s epic Der Ring des Nibelungen, or ‘The Ring’, have shown that within two months of the event being announced for the Queensland Performing Arts Centre Brisbane in late 2020, almost three-quarters of ticket packages have sold - worth more than $4.5 million.

The event was secured by the Queensland Government, through Tourism and Events Queensland, in partnership with Brisbane City Council, through Brisbane Marketing.

Proving its international pull, about 75% of package sales - more than 10,000 tickets - have come from outside of Queensland - to both interstate and international opera fans.

Opera Australia Chief Executive Rory Jeffes said the positive response to ticket sales this far out from the event has more than justified the decision to stage the Ring in Brisbane: “This is a great indication that the Ring Cycle Brisbane 2020 will be a big success for all the stakeholders, in particular for Queensland’s arts and cultural communities, not to mention the knock-on effect from tourists visiting destinations throughout the state.”

Known as the 'Everest of Opera', Brisbane’s ‘Ring Cycle’ will be directed by Shi-Zheng Chen, the first Chinese Director to take on The Ring, bringing his renowned use of theatre technology to produce the first-ever Ring featuring suspended, moveable LED screens and ground-breaking digital technology.

Queensland Minister for the Arts Leeanne Enoch said it was fantastic to see so many people wanting to experience an exciting and ambitious production when it is staged in Brisbane next year, noting “the cutting-edge technology that will be on show in this world-first digital production of the Ring will highlight Brisbane’s world-class arts and cultural precinct with interstate and international visitors.

“This production is coming exclusively to Queensland Performing Arts Centre and is a pinnacle of opera that will be a 15-hour epic performed over four nights."

Queensland Tourism Industry Development Minister Kate Jones added "to have a Chinese director present this Opera for the first time is a major coup for Brisbane – and a massive selling point for thousands of Asian fans."

Minister Jones went on to advise “already these years of hard work are paying off for Queensland’s tourism industry”, concluding “opera fans from New Zealand, the USA and UK had led the charge in ticket sales.

“Our research shows that Ring Cycle fans - known as ‘Ring Nuts’ - are high value travellers who spend on average 11 nights in the host destination to experience this opera, providing plenty of opportunity for them to also explore the region’s unique tourism experiences, dine out and generate significant returns for the economy.”

The opera, staged over four days, will play out over a total of four weeks in November/December 2020.

6th July 2019 - Program launched for most adventurous ever Brisbane Festival