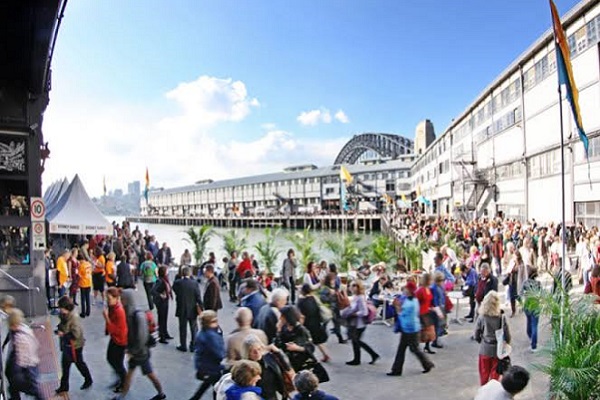 The NSW Government has approved funding for the redevelopment of Pier 2/3 at the Walsh Bay precinct, ending fears from some of the state's largest arts companies that the major project would be delayed indefinitely.

According to sources reported by the Sydney Morning Herald, $100 million in funding for the new arts precinct was approved by the NSW Government at the end of last month, having earlier put a hold on finance for the project.

The Australian Chamber Orchestra, Bell Shakespeare and the Australian Theatre for Young People have all operated out of Pier 2/3, with the latter moving to Darlinghurst last year ahead of the expected start to the redevelopment of the heritage-listed wharf.

Construction was originally scheduled to be finished next year, but the NSW Government had put a pause on any new money being used for the project until the meeting last month.

It is now anticipated that NSW Premier Gladys Berejiklian and NSW Arts Minister Don Harwin will make an announcement confirming the project will go ahead in the coming weeks.

The development will transform the wharf, for decades part of Sydney's working harbour, into a significant cultural space which will also be used for events including the Sydney Writers' Festival, the Biennale of Sydney and commercial functions.

The Sydney Morning Herald report suggested that “the decision to provide the generous funding at a time of drought and with the state enduring the start of a torrid bushfire season is likely to upset some Coalition MPs, with concerns being raised internally about the difficulty in obtaining more money for regional communities.”

The Australian Chamber Orchestra has, led by its Chairman Guido Belgiorno-Nettis, led the lobbying effort for the funding, including meeting with Minister Harwin in July.

Former Liberal Senator Chris Puplick, now the Australian Theatre for Young People’s Chairman, has also publicly warned the theatre company could close if the development was delayed after losing more than $200,000 in annual revenue due to its relocation.

Puplick told the Herald in September “it should all be worth it when we get back our Pier 2/3 home as we have been promised by the Berejiklian government.

"If they fail us then I give no guarantee that the company can continue."

The Walsh Bay redevelopment - first announced during the 2015 NSW election and now forecast to cost $245 million - also includes work on Pier 4/5, which houses the Sydney Theatre Company, the Sydney Dance Company and the Bangarra Dance Theatre.

That development is expected to be completed next year.

However, the completion of the project has been repeatedly delayed, including by a successful 2017 legal challenge brought by restaurateur Brigid Kennedy, the former Chairwoman of Walsh Bay Arts and Commerce, over the legality of the NSW Government's planning approval.

Image: Artist's render of the exterior of the redeveloped Pier 2/3 at the Walsh Bay precinct when complete.