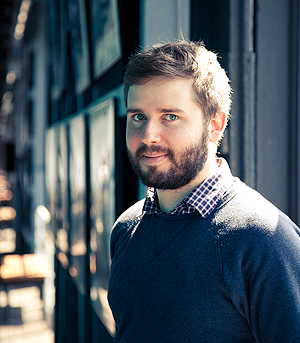 Having been acting in the role following the shock resignation of the English Director Jonathan Church earlier this year, Kip Williams has been confirmed as the permanent Artistic Director of the Sydney Theatre Company.

At 30, Williams will be the youngest artistic director in the Company's history.

In a statement STC announced that Williams' elevation comes "after an extensive process that included a review of potential international and Australian candidates, consultation with members of the artistic community and interviews with an impressive short list of theatre makers".

Announcing the appointment, STC Chairman Ian Narev commented “through our deliberations, we always returned to the notion of STC being an artist-led company with a distinctive heritage and voice.

“We believe Kip consistently makes some of the most exciting theatre in Australia, and many others in the industry share that view.

“Kip is a visionary artist who spoke to us about his love for the Company, and his practical vision for how it can use its strong foundations to reach even higher artistic standards for audiences, artists, staff and the community.

“The esteem in which he is held by colleagues, from the country’s leading artists to those just starting out, is clear. All of us on the board were unanimous that Kip was the standout choice as Artistic Director.”

Williams, a Sydney University and NIDA graduate, came to the STC as an assistant to then Artistic Director Andrew Upton on The White Guard in 2011. He has demonstrated a strong preference for classic texts in his directing work for the company since he was appointed STC directing associate in 2012.

His productions include Under Milk Wood by Dylan Thomas, three Shakespeares (Macbeth, Romeo and Juliet and the recent A Midsummer Night's Dream), Tennessee Williams' Suddenly Last Summer (winner of the 2015 Helpmann Award for best direction of a play), Arthur Miller's All My Sons and The Golden Age by Louis Nowra – his only Australian play to date.

Williams sees his appointment as part of necessary generational change for the company, commenting "I'm privileged to be of that generation for whom diversity is a priority.

"It will be my responsibility to ensure more female theatre makers are working in the bigger spaces with more resources."

Following rumours that Church's resignation was due to conflicts with STC managers, Williams says he has no plans to look at structural change within the company.

Instead, he wants to take "proactive steps" in developing new Australian works of scale for the larger Roslyn Packer Theatre, strengthen ties with the small-to-medium theatre sector and open up opportunities for culturally and linguistically diverse stories.

Upton says "the board has made an excellent choice" in appointing his protégé, adding "Kip is the sort of unique talent that is rare to find. Confident in his own creative voice and a terrific collaborator, he has an incredible track record already and is on the cusp of a magnificent career."

Images: Kip Williams (top) and the Roslyn Packer Theatre (below).