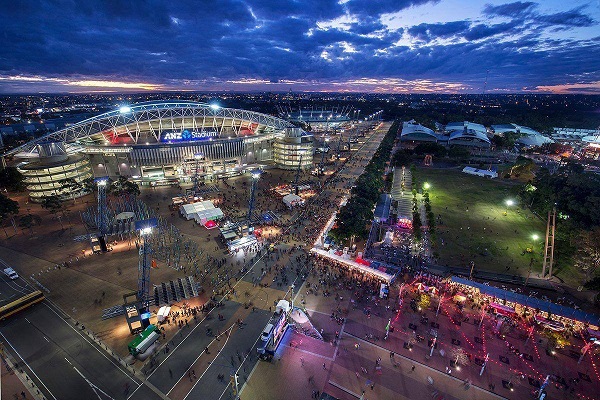 The NSW Government has opened for an international design competition for the public precinct surrounding ANZ Stadium at Sydney Olympic Park, aiming to transform the area into a green, people-friendly space.

Part of the precinct’s first major upgrade since the 2000 Olympic Games, the NSW Government is calling for entries from “experienced urban designers, landscape architects and architects” for the two-stage competition.

NSW Planning and Public Spaces Minister Rob Stokes announced an international design competition for the precinct today on the 19th anniversary of the Sydney Games, advising “this is a chance for world-class urban designers, landscape architects and architects to put their stamp on Australia’s premier sport and major events destination.

“It’s an exciting opportunity to be part of a truly transformational project that will deliver new public open space for the people of Sydney. This is the biggest design competition to be held at Sydney Olympic Park since it was initially developed for the Olympic Games and we are seeking submissions from around the world.

“The Stadia Precinct upgrade will complement the planned redevelopment of ANZ Stadium by the NSW Government, and the end result will be a world-class precinct that offers the best possible experience for visitors to the Park, inside and outside the stadium.”

The competition winner will receive $100,000, as well as the contract to undertake the detailed design of the public domain for the precinct.

Having previously committed to rebuilding both ANZ Stadium and the Allianz Stadium at Moore Park, NSW Government changed its mind in March 2018, instead undertaking to refurbish the former Olympic Stadium at a cost of $810 million.