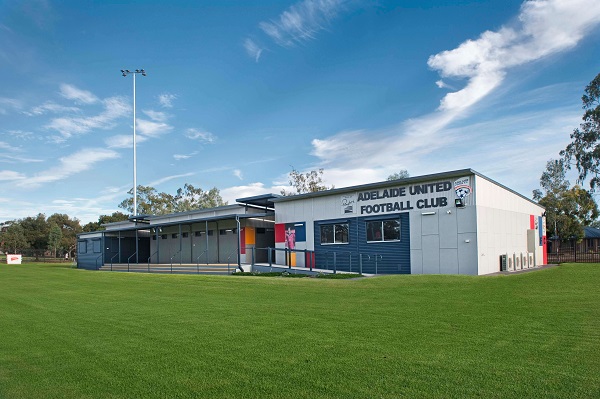 Football NSW and Northern NSW Football have released their 10th facility guide, the Modular Sporting Facilities Guide, covering the delivery of modern, safe and compliant buildings for the future.

Backed by Ausco Modular, the Guide joins the other nine facility guides in the series assisting clubs, associations, zones, local councils, and other stakeholders in developing, upgrading, and maintaining community football facilities.

Introducing the Guide, Football NSW Chief Executive, Stuart Hodge stated “the release of this Modular Facility Guide ties in perfectly with our recently published NSW Football Infrastructure Strategy. Inclusive Football Facilities is one of five key pillars in in our strategic framework.

“With Women’s participation making up almost 25% of the total participants in NSW, we understand the need for more female friendly facilities. We have a FIFA Women’s World Cup in two and half years which will no doubt see the female numbers spike in the coming years.”

Further emphasising the importance of having guides such as this readily available for each and every club and association, Northern NSW Chief Executive, David Eland noted “our extensive state-wide audit highlighted that 23% of all football venues do not provide a player change room. Players of all age groups need a safe place to change no matter what sport you are participating in.”

Within the Modular Facility Guide are six amenity building designs provided as a guide to clubs on what can be achieved with modular buildings.

Jane Brisbane, General Manager Eastern Region for Ausco Modular, added “we are proud to continue our support for the NSW football community through the release of this important guide.

“Ausco Modular is known for producing buildings which are sustainable, delivered quickly and tailored specifically for football by our in-house design team.

“We are excited to collaborate with clubs, associations, zones, Football NSW and Northern NSW Football on improving infrastructure throughout the state on an ongoing basis.

Image: An Ausco Modular facility as unsed by the A-League's Adelaide United.