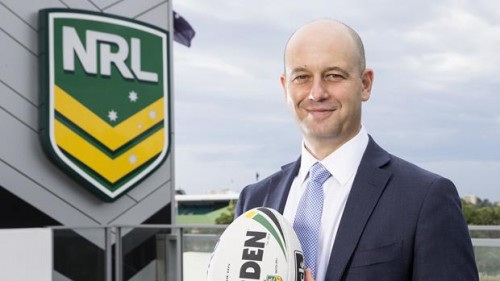 The Gold Coast Titans were fined $150,000 for incidents involving three players, while the St George Illawarra Dragons and Newcastle Knights received fines of $100,000 for single cases.

Commenting on the fines, NRL Chief Executive Todd Greenberg stated “these are, by far, the heaviest fines ever proposed by the game for concussion breaches.

"That is how seriously we take it ... our message is clear ... we are not going to allow player safety to be put at risk through breaches of the concussion rules."

Announced on Monday, the clubs were given five days to appeal the fines.

Reflecting concern around the sporting world about the impact of repeated concussions on athletes, the NRL changed its rules in 2015 to oblige players to undergo a formal head injury assessment if they were suspected of having a concussion.

Newcastle, who are being sued by former player James McManus over the way they handled the head knocks he received in his four years at the club, were fined for their treatment, or lack thereof, of Brendan Elliot.

Elliot lay on the ground several minutes after receiving a blow to the head against the South Sydney Rabbitohs at the weekend.

The fullback did not undergo a head assessment and played on, only to be withdrawn in the second half when he went down again.

Greenberg added “in the majority of cases we see strong compliance with the League's concussion rules but it appears that this did not happen at the weekend in some matches and we cannot stand by and allow player safety to be put at risk.

"Where we believe the rules have been breached we will take action - and we would hope that these (fines) will serve as a warning to all clubs."

Concussion has been identified as a serious problem in many contact sports, with long-term consequences for athletes.

In the United States, concussion has been the subject of a billion dollar legal action by thousands of former NFL players against the league.