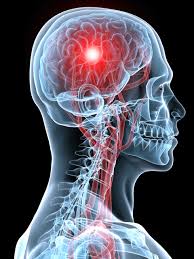 Groundbreaking research by physiologists from the University of Canberra (UC), being undertaken under the auspices of the Australian Institute of Sport's (AIS) Combat Centre, is revealing more on the dangerous effects of repetitive concussions among participants in contact sports.

With repeated blows to the head having recently ended the careers of several high-profile AFL, rugby union and rugby league players, the studies reveal the effects on athletes when they suffer a severe head-knock.

The research is being undertaken with a small electronic accelerometers, fitted to an athlete's headgear without impacting performance, that measures the impact of a blow to the head.

It indicates the force of the blow by flashing green, orange, or red in order of severity.

UC Professor of Physiotherapy Gordon Waddington explains "the capacity we have with technology now for miniaturisation, producing accelerometers, which measure changes in movement very quickly can now be made in incredibly small devices.

"Those sorts of things being included for instance in athletes headgear, within wearable items on their body that give an indication of the total impact load during the activity that they're participating in ... that is very exciting.”

The technology is in its infancy but is the first in what is sure to be a long line of devices aiming to protect players from repetitive concussions.

AIS Physiologist Clare Humberstone added "it's not necessarily the first blow that can really cause long-term health deficits to an athlete if they experience concussion, it's often the subsequent blows within a short period of time.”

2014 has seen AFL star Jonathan Brown retire from the AFL after a career of heavy blows to the head, while NRL star Liam Fulton ended his career after being knocked unconscious in the first game of the 2014 season.