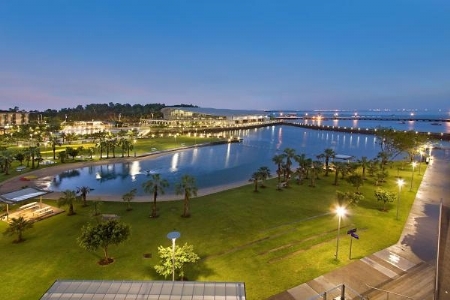 Hundreds of Northern Territory families are expected to take part in Water Safety Week this week, an initiative to raise awareness about keeping ourselves and others safe in, around and on the water.

Running from the 20th to 26th September, the signature event of the week will be the free Splashfest celebration this Sunday 20th September) at the Darwin Waterfront.

Royal Life Saving NT Executive Director Floss Roberts says Water Safety Week a timely reminder for everyone to “think water safety” with the Northern Territory having one of the highest drowning rates per capita in Australia.

With just released 2014/15 National Drowning Report showing the Territory’s high rate of drowning, Roberts highlights the importance of water safety for families, community and Government and the need for everyone to work together to prevent drownings.

Water Safety Week is bring Northern Territory politicians together for water safety with many having been presented with yellow duck desk ornament as a reminder of the importance of water safety.

Welcoming this, Roberts adds “I am delighted that Northern Territory politicians can come together for water safety with a yellow duck on their desk as a reminder that water safety is important for all Territorians.

“We are very proud that most of the MLAs are Royal Life Saving Keep Watch Ambassadors, who actively promote water safety messages to families and the community in their electorate. “

Explaining this Minister Higgins stated “sSwimming is the most popular activity for students redeeming vouchers through the Sport Voucher Scheme, with 4,840 vouchers worth $484,000 used in the last financial year to fund lessons or activities with registered providers across the Northern Territory.

“Parents of infants and toddlers are also taking advantage of the Government’s Learn to Swim program for children aged five years and under who are not yet enrolled in school or pre-school and have completed the free Water Safety Awareness Program, with more than 1500 vouchers redeemed last financial year.

“It’s fantastic to see so many Territory families learning to swim and ensuring they enjoy the water safely.”

Through the Sport Voucher Scheme, every school aged child in the Northern Territory receives $100 vouchers twice annually to be used for sport, recreation and cultural activities with registered providers.

Children attending remote schools do not receive a printed voucher, and instead the school, in consultation with the local school council, determines the sport, recreation and cultural activities to be provided through an eligible activity provider.

The Splashfest celebrations this Sunday will include free entertainment with bouncing castles, waterslides, face painting, craft workshops and much more. There will also be information available on water safety and demonstrations by lifeguards.

For more information about the Sport Voucher Scheme and Learn to Swim, go to www.sportandrecreation.nt.gov.au