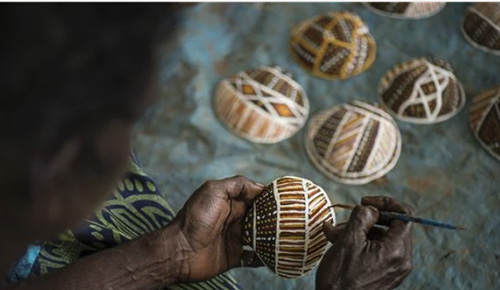 The Northern Territory is being billed as ‘The world’s biggest art gallery’ in a new latest bid to attract more tourists.

The Northern Territory Government is investing over $100 million to build a nationally significant Arts Trail throughout the Territory to support and grow their arts and cultural industry and provide new and enhanced attractions for national and international visitors.

The new Territory Arts Trail campaign has been made possible through the Government’s multi-million dollar tourism package which is bringing thousands more visitors to the Territory, injecting millions of dollars into the economy and creating local jobs.

Northern Territory Minister for Tourism, Sport and Culture, Lauren Moss said the campaign aims to position the Territory as the premier global destination to visit for Australian Aboriginal art and culture. 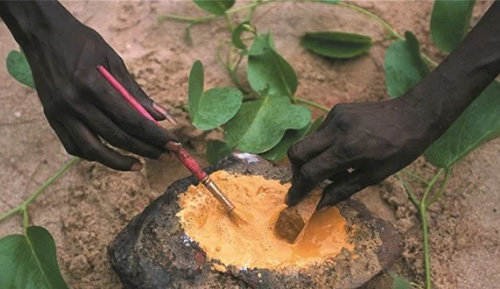 MInister Moss stated “the world’s biggest art gallery isn’t in New York or Paris, its right here, the NT. That’s the message we’ll be making sure is heard loud and clear around the country.

“The Territory is a living, growing exhibition more than 65,000 years in the making.

“Our arts and culture, in particular first nations art and culture, is unique, and all around us. Visitors know they can have an experience in the Territory unlike any other.

“It is where you can discover Aboriginal carvings on the Tiwi Islands or learn the ancient practice of basket weaving in Katherine and Kakadu.

“It’s a place where you can watch as generations of history are brought to life in colourful fabric prints in Arnhem Land one day and see traditional Aboriginal dot paintings inspired by the spectacular landscapes of the Red Centre the next day.”

A feature of the new campaign includes a locally crafted music piece by Alice Springs’ musician David Crowe. The piece entitled ‘Colours of the Territory’ is a response to the vibrant and diverse landscapes and culture of this beautiful and unique part of the country, using different musical textures to paint the Territory’s variety of colours and cultures.

Alice Springs’ musician, David Crowe added "it’s been a really fun project to work on and one that is close to my heart, as an NT artist who has lived all over the Territory, from Arnhem Land to central Australia, the Barkly and Katherine regions."

For more information go to www.territoryartstrail.com.au