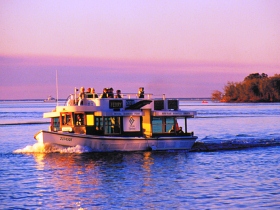 Domestic tourism growth has stalled in the key domestic tourism markets with new figures published by Tourism Research Australia showing trip expenditure down 11% in the ACT, 8% in Tasmania and 2% in Queensland in the year ending June 2014.

The figures show visitor nights down 16% in the ACT, 12% in the Northern Territory and 3.4% in Tasmania as tourists cut trips short, staying fewer days and spending less.

The Federal Labor party has issued a statement blaming Prime Minister Tony Abbott’s cuts to domestic tourism marketing as being the cause of the dip.

“Domestic tourism is the bread and butter of Australia’s tourism sector, accounting for 70% of the $107 billion industry.

“But instead of supporting the sector, the Abbott Government has spent the last 12 months abolishing grant programs, slashing research and cutting support without notice.”

Albanese highlighted that the Tourism Industry Regional Fund and the National Tourism Accreditation Framework have been axed while the crucial Survey of Tourist Accommodation will cease next year.

Speaking at the third DestinationQ Forum on the Sunshine Coast yesterday (16th September), Queensland Premier Campbell Newman said that his administration had created 27,000 new jobs in tourism and the sector had grown by $3.5 billion since coming into office.

Premier Newman stated “The DestinationQ Report Card proves that our strong partnerships with industry have helped to create jobs and revitalise tourism.

“We promised to listen to the mums and dads who are operating tourism businesses through our DestinationQ strategy and forums and this approach has been successful.

“(My) Government moved quickly to get tourism back on track and to restore the sector as one of the four pillars of the economy.”