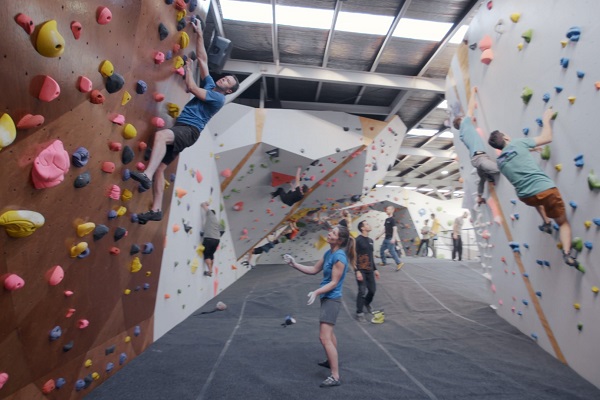 Central Christchurch has seen the opening of New Zealand's largest bouldering facility and one of the largest climbing gyms of its type in the Southern Hemisphere.

Occupying what was once the Harrington's Brewery in the Christchurch suburb of Waltham, Uprising HQ opened on the last weekend in July with a series of free climbing and yoga events.

Features include geometric angles and curved walls, sculptural free-standing boulders and safety mats that slope up with the wall angle to allow for climbs up to 10 metre long while only ever reaching a few metres above the surface.

Uprising opened the first commercial bouldering gym in New Zealand in 2015, in Woolston, and this small wall has quickly reached capacity. At over 1,250 metre², the new facility is more than six times larger than the old wall, which has now closed. 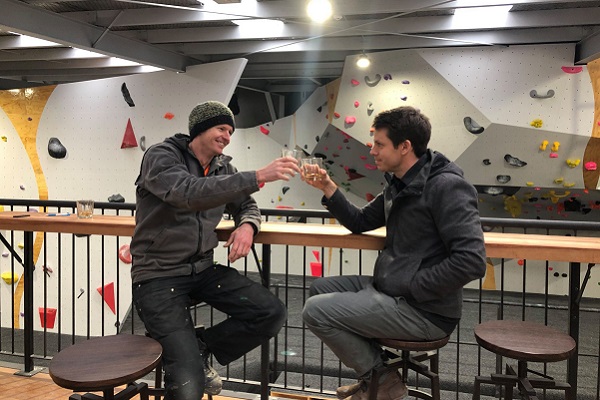 Explaining the growth of the business, Uprising co-owner, Sefton Priestley advised “when we started up the first gym in Woolston we had a feeling it might be popular due to the large climbing and bouldering community already in Christchurch.

“The support of this fantastic base of members has given us the confidence to go all in and build our dream climbing wall.”

With sport climbing set to makes its debut at the Tokyo 2020 Summer Olympics - and bouldering is one of the three disciplines, along with speed and lead climbing – Priestly advises “we have a strong tradition of Kiwi climbers showing the world what can be done, and while this is a great venue for our future Olympians to train at it also offers challenges for anyone from young children and adults with no climbing experience. Many people find bouldering a great way to get into climbing as the harnesses and ropes can be distracting and awkward”.

Priestley, along with co-owner Vaughan Jones, advising that the development is "self-funding … leveraging off the success of (our former) facility to get the funding we need to go larger scale".

The pair run two other businesses alongside their gym - Uprising Climbing Holds and a climbing wall construction business which last year installed a new bouldering area at Fergs On The Water in Wellington and the new Basecamp Adventures climbing wall in Queenstown.

In addition to bouldering activities, the facility features a dedicated yoga studio, Uprising Yoga, with regular classes guided by the Ashtanga Yoga practice and philosophy. Classes include ‘Your Pace Yoga’, beginner courses and specialist workshops led by experienced and friendly teachers. 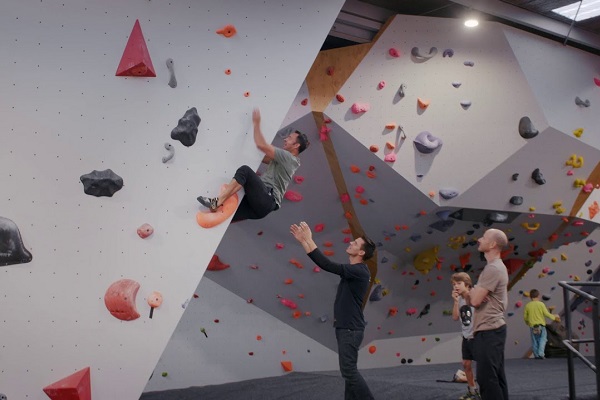 Priestley adds “I think people will be surprised by the quality and authenticity of the yoga at Uprising.

The studio is warm and inviting with lots of natural wood, and the amount of care and effort the teachers have put into it really shines through”.

Uprising also offer a full fitness gym with Technogym cardio equipment and a full range of strength gear as well as some unique climbing-specific training equipment like a mechanically adjustable angle wall and LED-lit Moonboard where users can select challenges off an app with tens of thousands of options.

The cafe, bar and pizzeria are central to the facility with mezzanine seating allowing for a unique view over the boulder field.

Confident of the success of the new venue, Priestley concludes "our aim is to redefine people's standards in terms of what a climbing wall can be.”

Images: The new Uprising HQ facility (top and below) and Vaughan Jones and Sefton Priestley celebrate the opeing of Uprising HQ (middle).