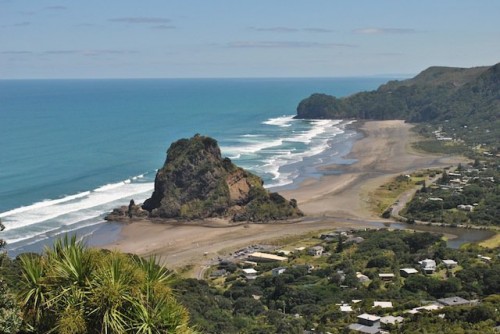 A revised framework to guide the sustainable development of New Zealand’s tourism industry has been released by Tourism Industry Aotearoa.

TIA Chief Executive Chris Roberts unveiled the draft update of the industry’s growth framework, Tourism 2025 & Beyond, to an audience of 300 industry leaders and stakeholders at the 2018 Tourism Summit Aotearoa in Wellington.

Introducing the revised framework, Roberts stated “as an industry-led initiative with strong government backing, Tourism 2025 was incredibly successful in aligning our industry when it was released in 2014. But a lot has changed since then.

“In 2016, we recognised the rapidly evolving nature of our industry when we released Tourism 2025 - Two Years On. Moving forward another two years and there are yet more changes to acknowledge and respond to.

“Tourism is our largest export earner, a significant employer and is continuing to drive economic growth, presenting both challenges and opportunities for New Zealand communities. Our industry has a growing focus on sustainability in its broadest sense, including economic, environmental, host community and visitor sustainability. This was recognised with the release a year ago of the New Zealand Tourism Sustainability Commitment, which more than 600 tourism businesses have now signed up to.”

The industry is also increasingly recognising and adopting the Māori values of kaitiakitanga (guardianship), manaakitanga (hospitality) and whanaungatanga (working together).

These three values and the principles of the Tourism Sustainability Commitment have all been incorporated into Tourism 2025 & Beyond, which sets out the industry’s vision for ‘Growing a sustainable tourism industry that benefits New Zealanders’. 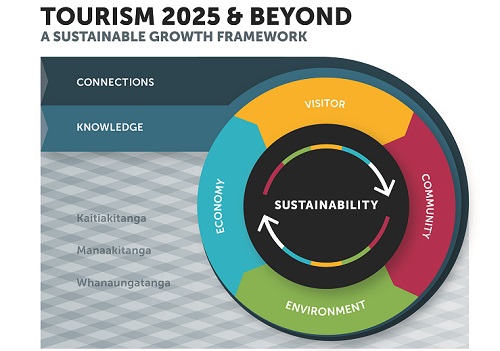 Roberts added “we are seeking industry feedback on the draft Tourism 2025 & Beyond framework, with a view to releasing the final version in the first quarter of 2019, along with a set of actions to achieve our goals.

“We are also working closely with the Government, which has just released its own draft Tourism Strategy, which is entirely consistent with the revised Tourism 2025 framework.

“Having an activated public sector working with the industry on the key issues facing tourism bodes well for the sustainable development of tourism in New Zealand.”

Yesterday’s Summit also saw the release of the annual Tourism 2025 Scorecard, looking at progress towards the framework’s key priorities.

The Scorecard shows strong progress since 2014 against some of the Tourism 2025 objectives. The value* of visitors has grown significantly and at a faster rate than visitor numbers. International and domestic air connectivity - the number of airline seats available - has grown. Visitor satisfaction has continued to be maintained at a very high level, with over 95% of international visitors having their expectations met or exceeded.

However, Roberts fear that two long-standing industry priorities have proved more difficult to make progress on - seasonality and regional dispersal - when visitors travel and where they go -remain challenging to influence.

Images: Auckland's Piha Beach (top) and the Tourism 2025 Scorecard (below).