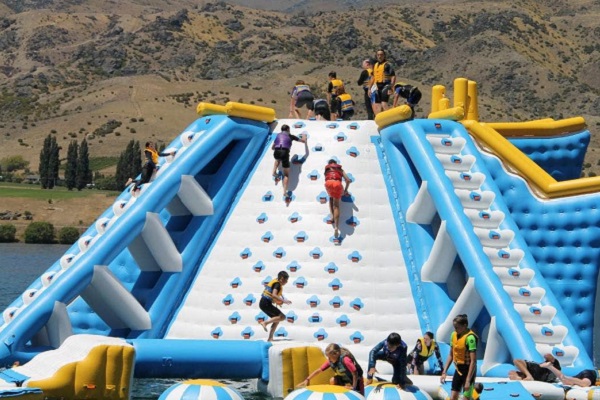 A newly opened inflatable aquatic playground water park at Lake Dunstan in Central Otago is so popular that its operators are searching for more lifeguarding staff.

Co-owner Emily Rutherford told New Zealand website Stuff “I thought we might get 20 people a session, but we are getting 100 ... I’m overwhelmed. I can’t believe how popular it’s been.

“We have had people from all over the South Island come - a lot of people from Invercargill, Queenstown, and people from Oamaru, Christchurch, Dunedin who have seen it online and decided to drive to Cromwell and go on it.”

Developed by Queenstown businesswoman Emily Rutherford, backed by her mother Janet Rutherford, the Chinese made inflatable playground resulted from the University of Otago graduate embarking on the venture after returning from London in March after COVID-19 destroyed her entertainment company.

She told Stuff “I was organising entertainment for a lot of big sports events in London and Dubai, but with COVID everything was cancelled. Hundreds of events booked in were cancelled.” 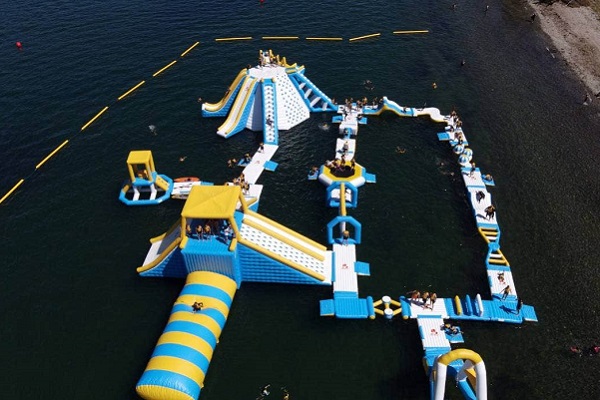 Janet Rutherford, who operated an aviation sightseeing company Glenorchy Air with her husband Robert for more than 25 years.

Lake Dunstan was chosen for its central location to Wanaka, Queenstown and the wider Central Otago region, as well as its temperatures.

Emily Rutherford noted “Lake Wakatipu only gets to 12 degrees in summer whereas Lake Dunstan gets to 22 degrees in the middle of summer.”

Otago Regional Council Harbourmaster Steve Rushbrook reminded boat and jet-ski users they were obliged to stay at least 50 metres away from people on the water park for safety.

He advised “we are going to put some five-knot buoys around the waterpark. There has been a speed up-lift on Lake Dunstan, so for many areas there is unrestricted speed.

“The general rule that applies is not to be over five knots within 50 metres of the shore, a person in the water or another vessel.