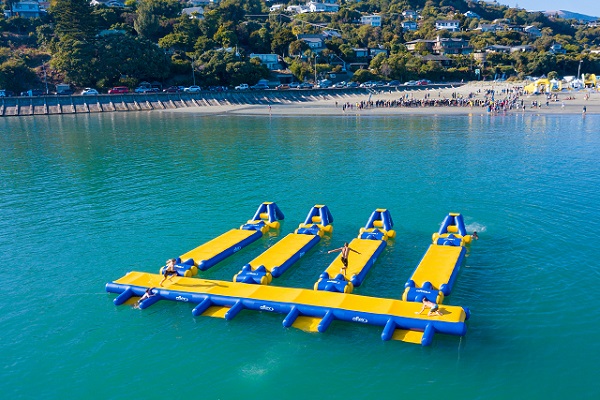 Nelson-based inflatable play specialists Aflex Technology have shared how the latest event in the popular Big Tahuna Ocean Swim Series made use of one of their innovative inflatable slides.

Held in Nelson on the first weekend of March, the Series organiser, Quantum Events asked Aflex Technology to design and supply the inflatable for swimmers as they approached for the finish aof the Big Tahuna Ocean Swim.

Aflex Technology (NZ) Ltd Executive Director, Karen Stratford explained “it was a great success and added a bit of entertainment after the main swimming event.”

Quantum Events, the team behind the Banana Boat New Zealand Ocean Swim Series create and operate ocean swimming events throughout New Zealand, Australia and Fiji, bringing together all kinds of swimmers to make the most of ocean swimming in spectacular settings for people of all ages and abilities. 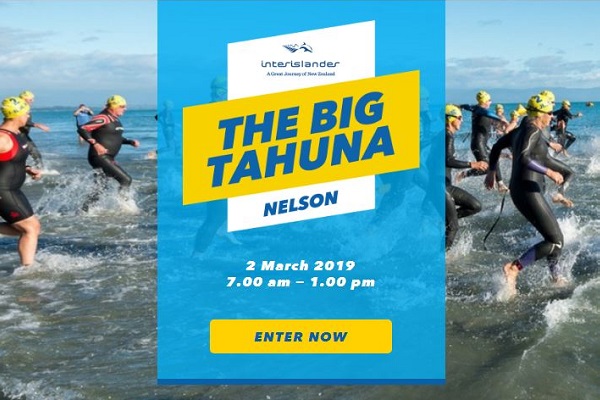 A Quantum Events spokesperson advised “back for its second year, the Interislander’s The Big Tahuna in Nelson is seen as “one of the best ocean swim events in the South Island and is a massive draw card for ‘northerners’ heading down to soak up a weekend away at the newest event on the Series schedule.

“The noticeably fun-loving crowd in the debut year of the event was the inspiration behind injecting a playful twist in the swim events that brought out the ‘big kid’ in everyone.”

Commenting on the inflatable, the Quantum Events spokesperson added “participants were able to really make a splash thanks to an epic inflatable slide close to the finish line provided by Aflex Inflatables.”