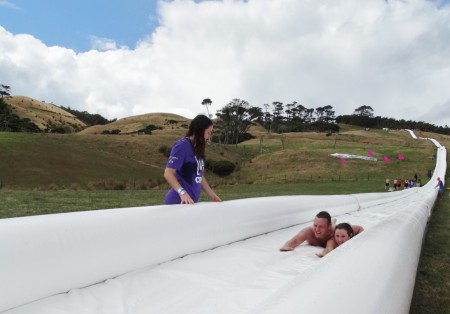 Manufactured earlier this year for the non-profit charity Live More Awesome, the slide was the brainchild of the charity founder Jimi Hunt who wanted a unique way of raising awareness about depression – with something completely different that people would remember.

Once complete, the slide, manufactured in 20 x 30 metre sections at Aflex’s Nelson factory and weighing more 6 tonnes, was delivered to a location at Bethells Beach, Auckland. 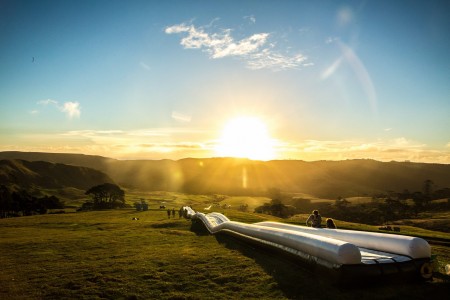 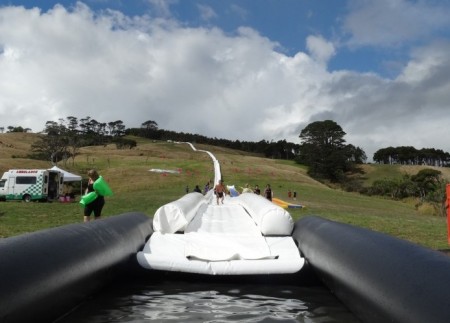 Once installed, the slide delivered two days of exhilarating fun for ticket holders, volunteers and sponsors involved in fund raising for the charity.

A film crew from the USA documented the construction and progress over several months with the slide featured later this year in an episode of ‘Extreme Water slides’ on the Travel Channel.

Since its Auckland installation, the slide has been relocated to a newly set up in Action Park in New Jersey, USA. With its status as the longest slide on earth reported on NBC’s Today Show.

Live More Awesome is a registered New Zealand charity started by Jimi Hunt and Dan Drupsteen that aims to inspire others to better themselves and be able to talk openly about depression and how to deal with it.

Images show the record breaking slide and (below) members of the Live More Awesome receiving their Guinness World Records recognition. 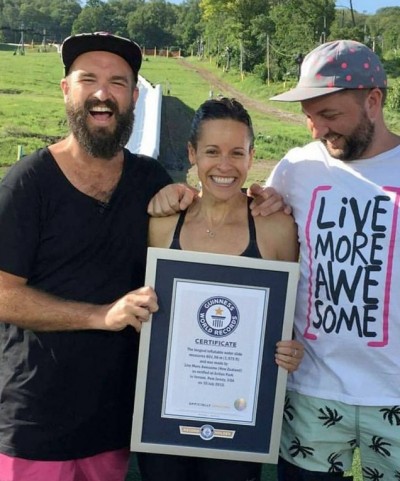 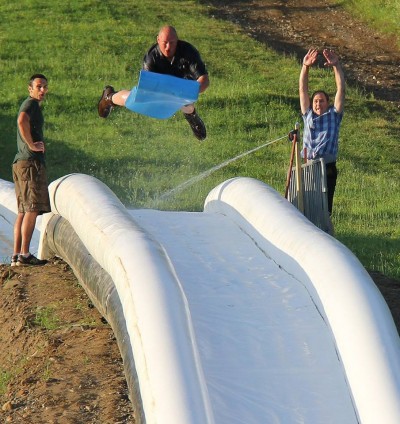