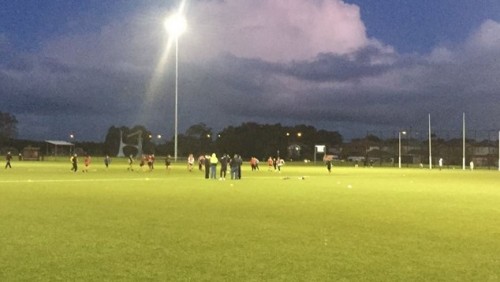 Commenting on the project, Shayne Ward, Executive Officer for the AFL/Cricket Australia Synthetic Surfaces Program explained “the Carlisle Park project will allow more players to train and play locally without the ground suffering from heavy traffic.”

Endorsed by the AFL/Cricket Australia Synthetic Surfaces Program, the new surface is more durable and cost effective for community sporting clubs, reducing muddy surfaces during the depths of winter and withstanding the pressures of a hot summer.

Ward added “with the additional ground hours needed to meet our game’s growing participation levels, including the huge growth in female football, synthetic surface grounds will be a key ingredient in the future if we are to meet such demand.

“Grounds such as Carlisle Park can cope with three times the use of one natural turf field, and we thank Casey Council for their foresight in being at the forefront of this technology.” 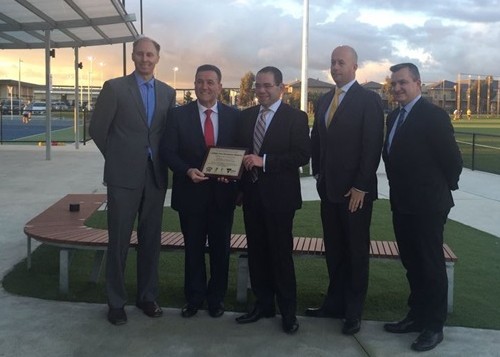 At the official opening, Victorian Minister for Sport John Eren joined with officials from AFL Victoria, the City of Casey and Cricket Victoria

“The local area is booming, and that means more players than ever before are signing up for grassroots sports. A synthetic surface will help the ground cope with additional traffic.”

Casey is one of Victoria’s fastest growing regions, and that means more residents of Melbourne’s south-east are turning to grassroots sport than ever before. Carlisle Park’s synthetic surface will allow more players to train and play locally without the ground suffering from heavy traffic.

Images: Carlisle Park's new surface (top) and Minister Eren (second from left) at the opening of the facility (below).

26th May 2014 - TEAM SPORTS TO SHOWCASE PROJECT SUCCESSES AT NSSCE