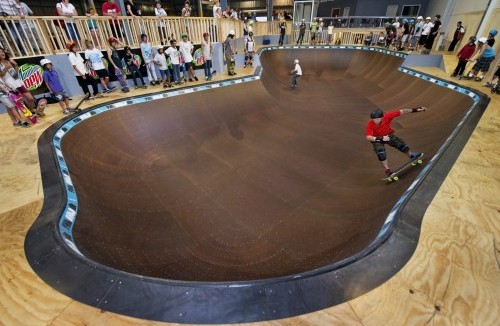 The City of Casey has this week provided a massive boost to the growth of sport in the fast-growing south east area of Melbourne with the endorsement of an ambitious new Sports Facilities Plan that outlines the strategic framework for the development of sports facilities in Casey as it reaches its ultimate population of around 459,000 in 20 years.

The City of Casey’s Leisure Facilities and Development Plan Policy provides a massive $446.8 million investment in new facilities including:

Funding for the facilities will come largely from the Council backed by developers contributions with a small contribution, around 4%, expected from Victorian Government grants.

In draft form, the 2014 Leisure Facilities and Development Plan 2014 was exhibited earlier this year, with the community invited to make contributions.

The City of Casey has also supported funding for the development of a ‘sports house’ at an expanded Casey Fields VFL pavilion to drive sports development in Casey. The new facility will also serve as the home for the AFL South East commission

Earlier this year, the Council also adopted a sports cycling strategy, including plans for a new BMX racing track for the inside of the existing criterium track at Casey Fields.