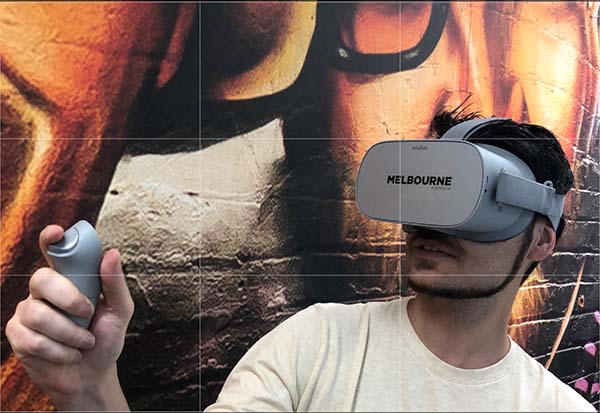 The Virtual Site Visit is recognised for its transformational design experiences to enhance the travellers’ journey by combining advanced virtual reality and comprehensive immersive experiences, showcasing Melbourne and Victoria as a leading business events destination.

“We set out to create a tool that would allow us to connect with international associations and professional conference organisers using innovative technology that delivers an immersive 360 first-person experience to plan their upcoming conference in Melbourne, Australia, anywhere at any time on any device. And we’ve achieved that.

“The Virtual Site Visit captures what it feels like to be in Melbourne and showcases iconic landmarks, Melbourne’s Convention Precinct, Knowledge Precinct, alongside over 30 Melbourne hotels, venues and attractions, as well as popular regional touring locations in 360 VR."

Swanson added "we’re proud of the transformational experience we’ve created using VR technology. Its proven to be a real asset in not only influencing international decision makers to choose Melbourne for their next business event but also incredibly popular for delegate boosting.”

MCB partnered with Business Events Australia through its Advance Program on this innovative project to promote Melbourne and Australia to key international audiences.

Penny Lion, Executive General Manager Events, Tourism Australia noted "we were proud to partner with MCB on the Melbourne Virtual Site Visit which not only showcases the features of the destination but also demonstrates the innovative thinking that draws thousands of people from around the world to events in Melbourne and Victoria every year.”

As a subsidiary of Visit Victoria, Melbourne Convention Bureau (MCB) leads the acquisition and delivery of national and global business events for Melbourne and regional Victoria. This is achieved through partnering with the Victorian State Government, City of Melbourne, Melbourne Convention and Exhibition Centre, and over 250 private enterprise partners.