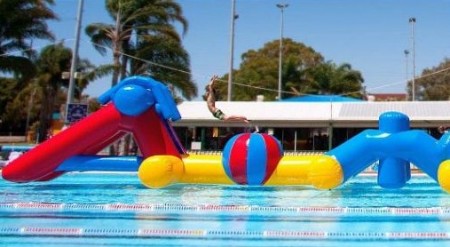 Standards Australia’s recent reviving of its interim Standard for aquatic and waterborne inflatables may have come too late for industry operators and manufacturers, with calls for Australia to adopt the European EN 15649 Standard for ‘Floating leisure articles for use on and in the water’ rather than to continue with the Australian Standard and its limited scope.

As of 8th April, the Standard has been republished with a new expiry date of August 2016.

With industry calls for the scope of the Standard to be widened to include sealed and other units not covered by the interim Standard, a statement from Standards Australia explained “Standards Australia is conscious of the need for continued work on AS 3533.4.5 and remains committed to the openness and rigour of its standards development process.”

Given the growth in popularity of open water inflatable aquatic playgrounds in Australia over the past two years, it would seem appropriate that the previous narrow scope of the interim Australian Standard be broadened.

A group of independent test houses, manufacturers, consumer protection delegates as well as European Norm Committee developed the Standard, which is recognised by over 27 countries, since 2007.

Currently, a voting process is being undertaken for the EN 15649 Standard to become an International Organisation for Standardisation (ISO)-Standard worldwide.

Insurers are also keen for the rapid adoption of a new Standard because of difficulties with the insurance of certain types of aquatic and waterborne inflatables.

Image used for illustrative purposes only. Courtesy of Aflex Technology.