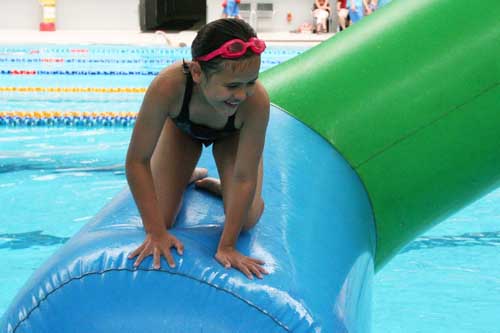 Launched with considerable fanfare back in 2012, the interim Australian standard for aquatic and waterborne inflatables expired recently, with Standards Australia apparently undecided as to whether to review and publish it as a complete Standard or withdraw it.

The Standard AS 3533.4.5(Int) - 2012 Amusement rides and devices, Part 4.5: Specific requirements - Waterborne inflatables, was developed in response to recommendations made by the Queensland Coroner following a drowning fatality.

The interim Standard was prepared to address the design and operation of inflatable waterborne equipment operated via a constant air flow and provided guidance on issues relating to: anchorage, structural integrity, open sides, access and egress, containment, water depth and entrapment.

However, aspects of the interim Standard in areas such as height and water depth caused confusion among both operators and manufacturers, as did exemptions relating to sealed inflatables and waterborne inflatables of less than 3 metres in height.

At the time of its launch, Standards Australia indicated that the interim Standard would “exist for perhaps 18 months, during which time the industry and public can provide feedback and add input before the final standard is published.”

Back in 2012 the organisation also suggested that the next edition of the Interim Standard would include “sealed inflatable devices” which, with considerable growth in open water inflatable playgrounds using sealed inflatables, would seem to be both timely and appropriate.

Responding to the call for industry feedback since 2012, leading aquatic inflatable manufacturer, Aflex Technology made submissions regarding several areas that it identified as requiring attention from a manufacturing perspective.

As Aflex Technology Managing Director Martin Stafford explains “more importantly from feedback from our experienced customers, many of whom had used inflatables successfully and safely for many years.

Stafford added “we believe further input from knowledgeable and experienced organisations and commercial aquatic pool operators using inflatables is crucial before this Standard is adopted.”

Amid this uncertainty and absence of guidance, Australasian Leisure Management is aware of several projects involving waterborne inflatables that are currently stalled.

AS 3533.4.5(Int) - 2012 Amusement rides and devices, Part 4.5: Specific requirements - Waterborne inflatables can be downloaded from www.standards.org.au

The full story on current developments in aquatic inflatables and related safety issues can be read in the latest issue of Australasian Leisure Management. Click here to subscribe and get your copy.