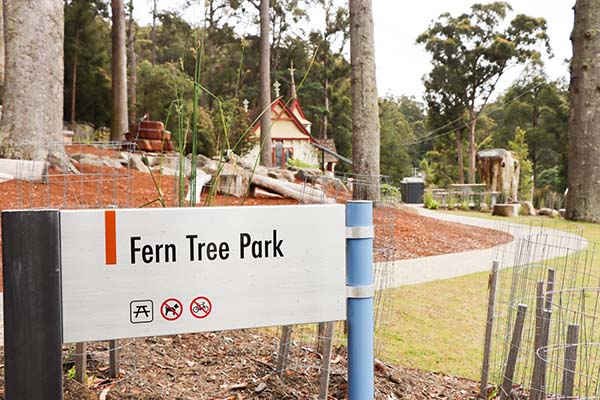 A tiny park in  Fern Tree - an outlying suburb of Hobart -that once hosted summer strawberry festivals and has been a gateway for visitors wishing to explore Wellington Park for more than a century has received a $2 million makeover with a fun natural playground.

"Ratepayers have contributed the bulk of the funding but the assistance of an $800,000 grant from the federal government is very welcome. The mountain is Tasmania’s most highly visited natural site and so all levels of government need to help manage the area.

"It’s a beautiful natural gateway for people to explore kunanyi / Mount Wellington. Better parking, better toilets and easier access for people of all abilities. It’s wonderful to see this historically important place getting a new lease on life." 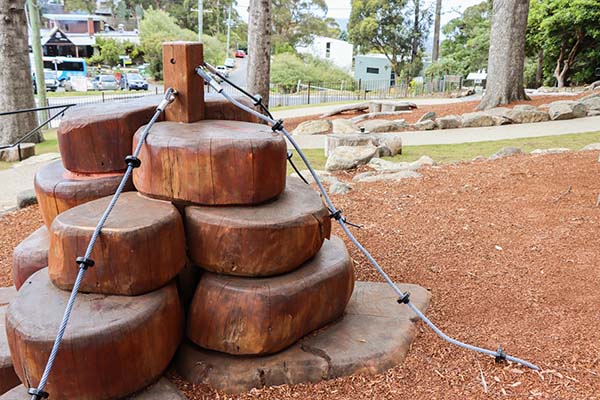 Rejuvenating the park provided considerable design challenges and restraints. The park is on steep, forested terrain on the edge of Huon Road and includes parts of the heritage-listed Pipeline Track, which carries a quarter of Hobart's water supply.

Lord Mayor Reynolds adds “the location is steeped in natural and cultural heritage, which the City sought to protect and celebrate through the improvement project.”

Tourists were first drawn to the natural beauty of the area in the early 1860s, when they would visit Silver Falls and the rainforest glade at Fern Tree Bower.

In the early 1890s, summer strawberry feasts were held on the lawns to raise funds for nearby St Raphael's Church, which was built in 1893. Stalls were set up serving berries and cream and afternoon tea, and the feasts soon became a local attraction with many people making the trip from Hobart to Fern Tree for the occasion. 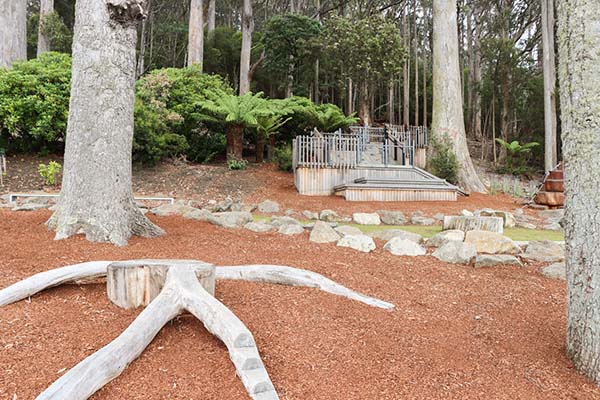 The church has survived two major bushfires, including the 1967 Black Tuesday bushfires, and still stands today.

“If you haven’t been up here since the park upgrade, it might be time to visit and rediscover this little mountain park, along with the many walking tracks and other features that the City has invested in improving in recent years.”

The project was partly funded by the Australian Government's Community Development Program.