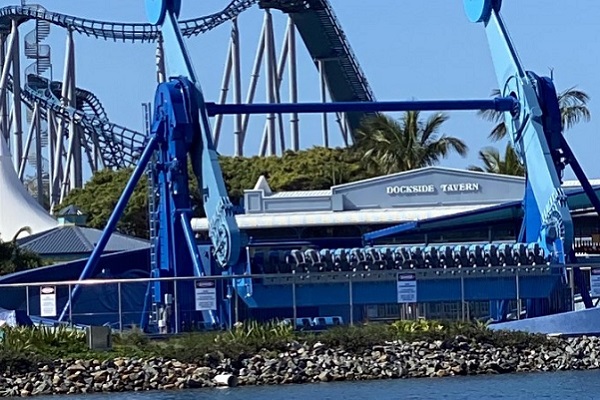 Continued easing of Queensland’s Coronavirus restrictions is coinciding with the major attractions of the Gold Coast moving forward with the construction of new rides and attractions.

As reported by Parkz, its planned original opening of December 2019 was initially pushed back by construction issue and then further delayed as the Gold Coast’s theme parks were plunged into lockdown due to COVID-19.

Revealing images of the new ride, Parkz stated “even when Sea World finally reopened in June, the timeline for Vortex's opening remained unclear. With international borders closed, Sea World was unable to bring in the required specialists from Germany to commission the ride.

“More recently Sea World has finally been able to bring in the required specialists from Huss and its opening is once again a reality. In recent weeks teams have been seen inspecting the attraction in preparation for operation.” 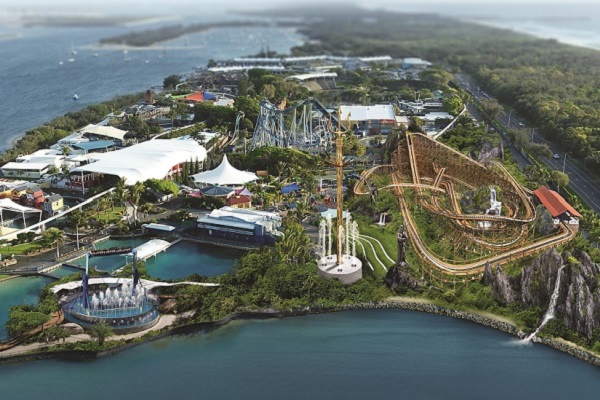 In addition, construction of Sea World’s new $20 million Leviathan rollercoaster has seen the apex of the new ride emerge above the skyline of the Village Roadshow-owned Main Beach attraction.

Also under construction is Trident, a flying theatre ride that will lift and spin riders 52 metres in the air. Reported as being from Australian manufacturer Funtime, Australasian Leisure Management has been advised that this is not the case.

Advising that New Atlantis will be complete and open in time for the 2021 Australian winter school holidays, Village Roadshow Chief Executive, Clark Kirby said the works would be a game changer for the industry and help lure visitors back to the Gold Coast’s famous amusement parks following the massive impact of the Coronavirus and lockdowns on Gold Coast tourism.

Kirby said plans were also underway for major new attractions at Wet’n’Wild and Warner Bros. Movie World, noting “for the long-term recovery, we have a continued focus on investment and growth with a number of larger attractions planned.”

At the Ardent Leisure owned Dreamworld, work is advancing on its biggest and most expensive rollercoaster ever, considered as key to the theme park’s turnaround strategy after major setbacks including the Thunder River Rapids Ride tragedy.

With the Coronavirus shutdown resulting in freight containers containing elements of the $32 million rollercoaster had been left unpacked and languishing in the parking lot since June, Dreamworld Chief Executive, John Osborne said work was now “full steam ahead” on the new world-class attraction.

Scheduled to open in time for the 2021 Christmas holidays, the 1.2 kilometre is based on the Blue Fire Launch coaster at Germany’s Europa-Park and will feature the first triple launch system in the Southern Hemisphere and the world’s first separate spinning gondola attached to the rear of the rollercoaster train.

The opening of the news rides is expected to boost the region’s tourism, which has, according to Destination Gold Coast Chairman, Paul Donovan suffered a $3.5 billion fall in tourism expenditure, down 60% on 2019 figures.

Donovan advised that the Gold Coast’s 4600 tourism businesses and operators had struggled to survive, with a 49% drop in visitor numbers, which represented about seven million fewer tourists.

Both Village Roadshow and Ardent Leisure benefitted from a $70 million Queensland Government rescue package in August.

Article corrected 23rd November 2020 to remove a reference to the Trident ride being from manufacturer Funtime.